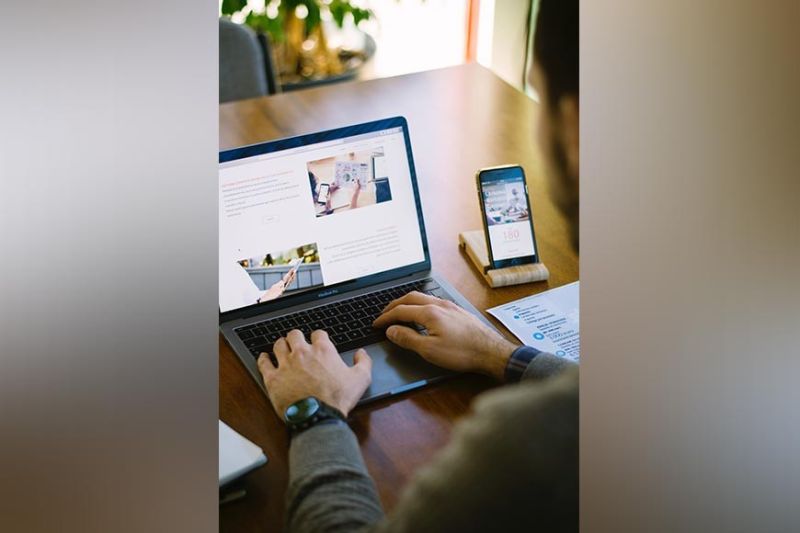 EMERGING TRENDS. In a recent study by Facebook titled Emerging Trends Research, around 95 percent of Filipinos surveyed "are actively looking for ways to simplify their lives." Of this number, around 93 percent "would pay for products or services that save them time." (Photo by Agefis on Unsplash.com) 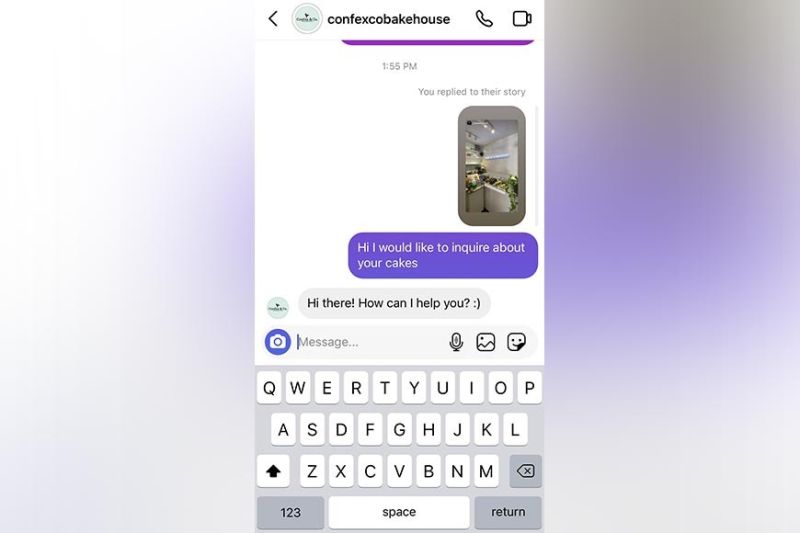 CONNECTION. John Rubio, Facebook Philippines country director, said more and more of those people that they have surveyed are wanting to interact with shops, brands, and companies digitally online. (Contributed photo) 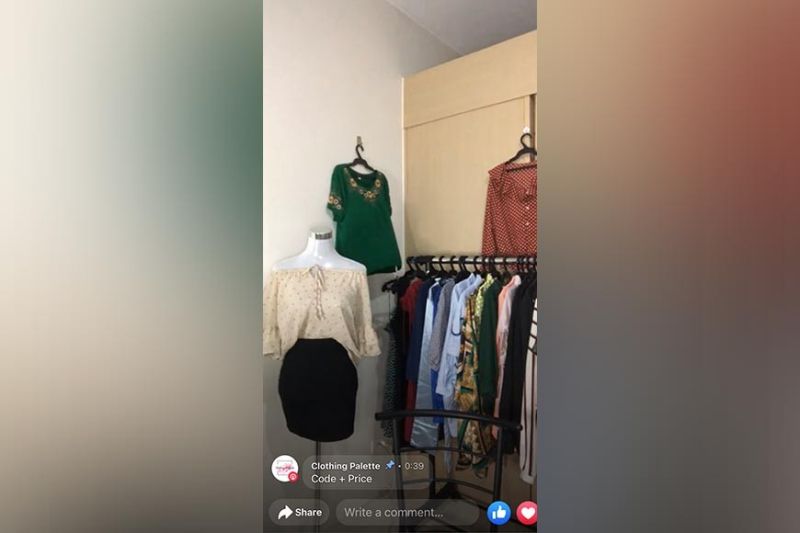 SOUTHEAST ASIAN TREND. The recent changes in the behavior of consumers and businesses going digital have led to the rise of live shopping. (Contributed photo) 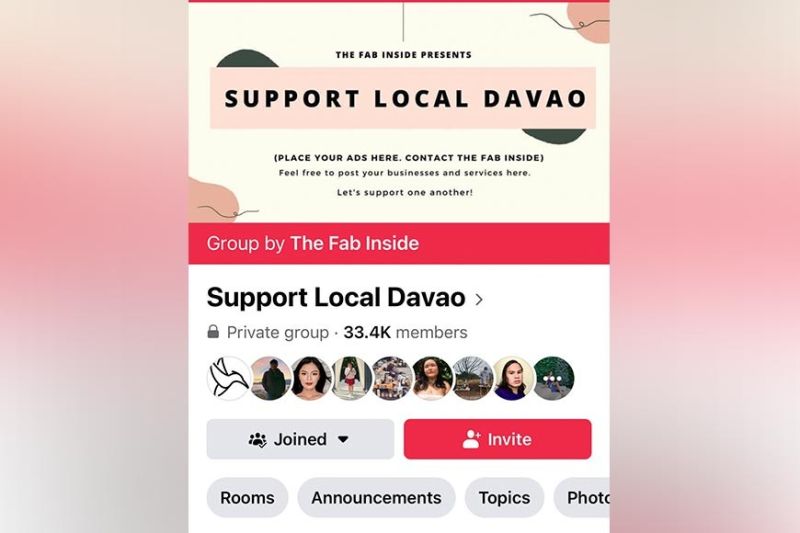 COMMUNITY. Despite the changes brought about by digitalization, Facebook users continue to seek a community where they can support one another. (Contributed photo)

RIGHT before our eyes, we saw how Covid-19 shifted a majority of our daily life to some form of digital platform.

In a previous interview with Ingenuity Chief Executive Officer John Naranjo, he said one of the evident changes brought by the rapid digitalization was video conferencing. While video conferencing is nothing new, it has become more common nowadays.

We also saw how with a few taps on our smartphones, we are able to have grocery items and food delivered right at our doorsteps.

The financial sector is also going digital with transactions that can be done through their mobile apps that we can download on our smartphones. Now we can transfer money, pay bills, buy load, and invest just by a few taps.

In less than a year, the rapid digitalization of society has led people to seek convenience more, being able to participate more through social media, and finding a community in the digital sphere.

According to Facebook's Emerging Trends Research, around 84 percent of Filipinos are expecting that the demands on their time will increase in the near future. This means they will be doing more things in the limited time they have in a day.

"What we are seeing is that because of this burden on time, more and more people are increasingly willing to pay in order to save time," John Rubio, Facebook Philippines country director, said during the Facebook Emerging Trends and State of Small Business Media Round Table on April 13, 2021.

Facebook Research showed that around 95 percent of Filipinos surveyed "are actively looking for ways to simplify their lives." Of this number, around 93 percent "would pay for products or services that save them time."

The study also revealed that 87 percent would pay for "products that free up their mind" and 93 percent consider convenience alongside price when deciding what to buy. Around 92 percent think that social media platforms have made life more convenient.

"People are finding themselves in an increasingly paradoxical situation: They’re looking for ways to reclaim their own time, while simultaneously facing increasing demands for their attention, both personally and professionally," Facebook said in a statement on January 14, 2021.

Rubio said many of the companies that are winning in the digital shift are those who are able to provide the convenience the consumers are looking for.

"Ninety percent wish it were easier to shop on mobile. Let's say you have a shop on Instagram, are you available to chat when someone has a question about the product that you just showed?" Rubio said, adding that businesses who are able to make the experience for their clients easier are the ones that win.

He added, "People want what they want when they want it, and how they want it. The winners are the ones that are able to do that."

Facebook saw an increase in the number of individuals and businesses to reach out to one another.

"More and more we are seeing even in this environment is an actual increase in how people use our platform, whether it's, for example, Facebook, Instagram, Messenger. Because of that more and more of those people that we have surveyed are wanting to interact with shops, brands, and companies digitally online," Rubio said.

Facebook's Emerging Trends Research shows that 87 percent of the people they surveyed said: "social media has allowed them to interact more and deepen their relationship with brands."

He said customers are now able to know about companies or brands and their products through videos online or interact with the companies through direct messaging.

"Eight out of 10 people in this environment have shown that they are more open to new types of shopping. So whereas before the traditional way is that you went to a store..., what we have seen in the last year is this habit has been broken and people are experimenting it more and more formats,” Rubio said.

The change in the way customers shop also led to the growth in a new type of shopping -- live shopping.

"When we talked about live shopping, what it is, for example, someone on Facebook live showing the actual wears... but it could be anything for example like talking about clothes, trying on stuff," Rubio said.

Rubio said live shopping is a trend that originated in Southeast Asia. The research showed that the Southeast Asian where people live shopped the most was in Indonesia wherein 38 percent of those surveyed have browsed live shopping. It is followed by Thailand (38 percent), Vietnam (34 percent), and the Philippines (25 percent).

"[It’s] a very Southeast Asia thing where we like to interact with a product that is [presented] live... With this interaction, you are able to tap into this new market and this new buying behavior,” Rubio said.

He added there is "a massive amount of stickiness" in live shopping. This means eight out of 10 of those who have gone live shopping will go back for the next month and buy from it again.

"Not only live shopping is becoming an interesting discovery platform for many users, but it’s also becoming a consistent thing where people, once they experience, want to come back for more," Rubio said.

"You want to make things more convenient. How do you make sure when people get excited about your product, you can actually sell them and you can ship it really quickly," Rubio said.

Rubio said data from the study shows that what they found eventually lead back to digital gathering.

"Community remains as important as ever, but how people are building it is evolving rapidly, creating new paths to finding a sense of belonging. New technologies are enabling meaningful digital gatherings, amplifying opportunities for people to connect over passions and issues across borders and cultures," Facebook said.

Research data revealed that over 800 million users on Facebook are part of over 35 million active groups.

"With everyone now interacting over digital, it's interesting that when we surveyed people, 82 percent of Filipinos are a member of an online community and they expect, like everyone else, their engagement to increase more in the future. So a lot of things are happening in [digital] communities,” Rubio said.

In Davao City, the Kaon ta Bai! community highlights local restaurants and food businesses while Support Local Davao (SLD) is a group where micro, small, and medium enterprises (MSMEs) can post and promote their products and services. Consumers can also be part of SLD to look for products they need to buy or suppliers they can buy from.

"I think that's the power of community in the Philippines where we are such a community-based nation," Rubio said.

The digital transformation has opened new opportunities for businesses and customers.

“It has led to a significant growth opportunity for businesses and provided consumers with opportunities to purchase an expanding range of products from a large number of suppliers, at lower prices,” Philippine Institute for Development Studies (Pids) President Dr. Celia Reyes said on March 11, 2021, during the webinar on Digital Platforms.

Pids stated that according to the Asian Development Bank study titled Asian Economic Integration Report 2021, "an expansion of 20 percent in the Philippine digital sector from the 2020 baseline by 2025 could result in an additional output of US$37.6 billion and create 2.2 million new jobs a year."

“It is imperative to implement policies and regulations that manage the disruptions and maximize the gains from the burgeoning digital economy, and to lock in these gains through enhanced regional cooperation,” he added.