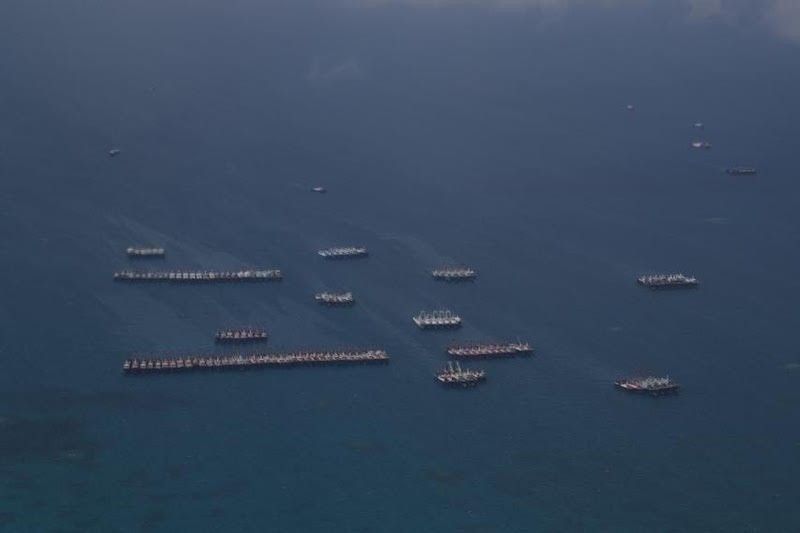 THE Department of Foreign Affairs (DFA) has protested the shadowing, blocking, dangerous maneuver and radio challenges by the Chinese Coast Guard (CCG) of Philippine Coast Guard (PCG) vessels conducting legitimate maritime patrols and training exercises in the vicinity of Bajo de Masinloc on April 24 to 25, 2021.

It has also protested the incessant, illegal, prolonged, and increasing presence of Chinese fishing vessels and maritime militia vessels in Philippine maritime zones.

In a statement issued Monday, May 3, 2021, DFA stressed that China has no law enforcement rights in the Kalayaan Island Group (KIG), which is part of the Spratly Islands, and Bajo de Masinloc, also known as Scarborough Shoal, in the West Philippine Sea.

Both features are within the exclusive economic zone of the Philippines.

The DFA renewed its calls on China to withdraw its government vessels around the KIG and Bajo de Masinloc and respect Philippine sovereignty.

“The presence of Chinese Coast Guard vessels in the Philippines’ territorial waters of Pag-asa Islands and Bajo de Masinloc, and exclusive economic zone, raises serious concern. The unauthorized and lingering presence of these vessels is a blatant infringement of Philippine sovereignty,” DFA said.

DFA said it rejects the statement of the spokesperson of the Chinese Ministry of Foreign Affairs on April 26, 2021 that China enjoys sovereignty over Bajo de Masinloc.

“It is without basis in international law, including the 1982 United Nations Convention on the Law of the Sea (Unclos), and is not recognized by the international community,” DFA said.

The department stressed that the KIG and Bajo de Masinloc are integral parts of the Philippines over which it has sovereignty and jurisdiction.

“The Philippines’ conduct of maritime patrols and training exercises in these areas is a legitimate and routine act of a sovereign country in its territory and territorial waters and is part of the Philippines’ administrative responsibility,” it added.

On Sunday, May 2, Defense Secretary Delfin Lorenzana said President Rodrigo Duterte has ordered them to continuously "defend what is rightfully ours without going to war and maintain the peace in the seas."

"President Duterte’s orders to us have been very firm and straightforward: defend what is rightfully ours without going to war and maintain the peace in the seas," said Lorenzana.

"'Yung nagsasabi na hindi kami align ng Presidente, let me clarify that my pronouncements echo the stand of our President and Commander in Chief," he added.

He said the conduct of maritime patrolling in the West Philippine Sea will continue even though China's military capability is more advanced.

"This does not deter us from defending our national interest, and our dignity as a people, with all that we have," he said.

"The government will not waver in its position. Walang alisan," he added.

At the same time, the Philippines will maintain cooperation with China in other areas that are mutually beneficial.

"We can be cordial and cooperative with other nations but not at the expense of our sovereignty and sovereign rights," he said. (Third Anne Peralta-Malonzo / PR)