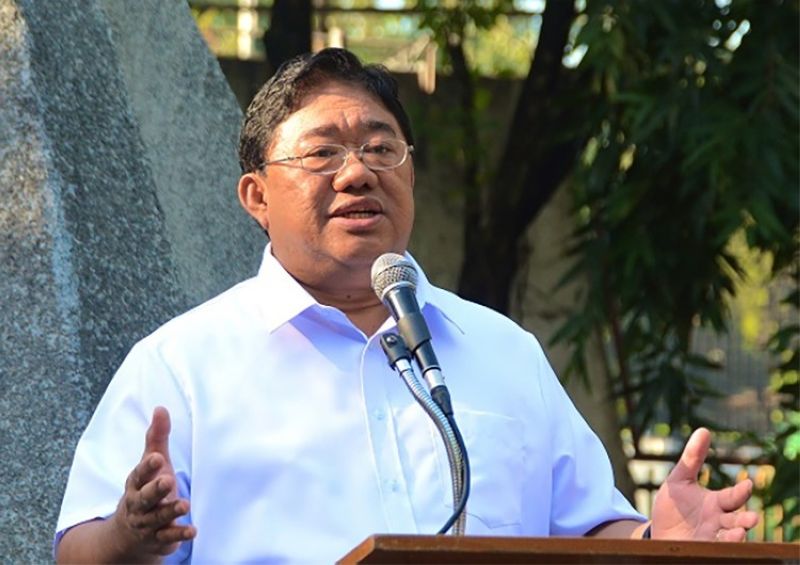 THIRTEEN agrarian reform officials and personnel are set to face criminal and administrative cases after two sacks containing a total of 2,007 land titles were allegedly discovered at the Department of Agrarian Reform (DAR)-Cebu provincial office.

DAR Secretary John Castriciones said the undistributed Certificates of Land Ownership Awards (Cloas) in Cebu have registration dates ranging from 1987 up to 2020.

“This is a very saddening discovery in Cebu. I immediately ordered an inventory of these undistributed land titles,” said Castriciones in an online press conference Monday, May 3, 2021.

According to the official, the land titles, which were supposed to be distributed to agrarian reform beneficiaries (ARBs), were found hidden in sacks inside the office of the Land Transfer and Implementation Division (LTID) of the DAR provincial office.

“This is unfair to our farmers,” Castriciones said.

“We found out that these Cloas have been in storage for several years, depriving the ARBs of their opportunity to own a piece of land as mandated by the law,” Castriciones added.

According to Castriciones, they sent lawyers from Manila to Cebu to investigate on the issue, while he ordered the immediate distribution of land titles that were already cleared.

He said the decision came after a series of investigation was conducted by a task force to address the issue on the failure to distribute the land titles in Cebu.

He said the DAR provincial office in Cebu “has no right to withhold the distribution of titles the moment that it is released to the DAR by the Registry of Deeds, which means that it is all set and ready for distribution to ARBs anytime.”

But Castriciones has yet to publicly disclose the names of the DAR officials and personnel involved, pending the formal filing of charges in the court.

Meanwhile, he said that aside from the 2,007 undistributed Cloas, there are 3,391 additional undistributed land titles, covering an area of 2,526 hectares, which the Land Bank of the Philippines (LBP) had turned over to DAR.

During the inventory, the DAR team also found another 306 collective Cloas inside four boxes.

Some LTID staff claimed that the collective Cloas are still subject for verification and validation process by the municipal agrarian reform program officers (Marpos), said Castriciones.

Castriciones then ordered the immediate distribution of a total of 422 individual EPs/CLOAs to 422 ARBs comprising of 315.2704 hectares of land.

He added that the 3,391 titles turned over by the LBP should also be included in the distribution process.

As this developed, Castriciones directed all the DAR regional directors “to submit an inventory of undistributed EPs/Cloas in their respective region for transparency.”

According to DAR central office, the Task Force together with officials from the department’s Bureau of Land Tenure and Improvement (BLTI) met in Cebu City and conducted an initial validation to determine the physical and actual authenticity of the titles last April 21 to 23, 2021.

“The initial validation also helped in knowing the year of registration and the municipalities from where it was documented and generated,” said Undersecretary Elmer Distor, who chairs the task force.

Citing the initial validation by DAR Field Operations Office and BLTI, the officials found the Cloas to be “authentic in nature” based on the security features on the titles and the corresponding serial numbers “as reflected in the record book.”

But Distor said that out of the 2,007 Cloas, there are 1,585 titles that are still subject for validation, due to reasons like retention cases, double titling, actual occupancy by farmers, overlapping of boundaries, conflict of ownership and other anomalies.

“The second phase of the validation will include reports and recommendations from DAR municipal agrarian reform officers on the circumstance of the 2,007 stored Cloas; survey of the landholdings; and strategic plans from the DAR provincial and municipal offices to hasten the process flow obtaining Cloas,” the department said in a separate statement.

Earlier, Castriciones said the distribution of Cloas under the Comprehensive Agrarian Reform Program (CARP) “is truly a program for the upliftment of the economic status of our farmer-beneficiaries and for the promotion of the peace and order situation in the countryside.” (SunStar Philippines)