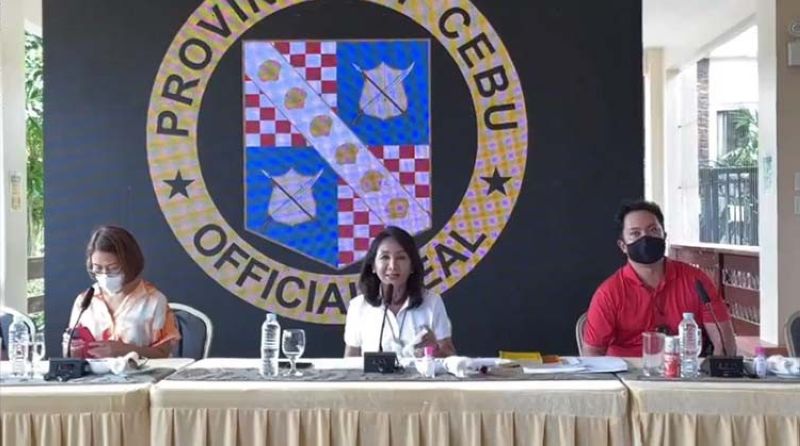 CEBU Governor Gwendolyn Garcia called the attention of the National Government that insisted on going back to the “repressive” quarantine policies for returning overseas Filipinos (ROFs) and overseas Filipino workers (OFWs) in line with its whole-of-nation approach to coronavirus diseases 2019 (Covid-19).

This, as she invoked Section 105 of the Local Government Code to reinforce Executive Order 17 she signed in March 2021 that defines the protocols for repatriated Overseas Filipino Workers (OFWs) adn returning non OFWs traveling to the Province of Cebu.

In a press conference in Camotes Islands, Cebu on Monday, May 3, 2021, Garcia said she learned from Department of Health (DOH)-Central Visayas Director Jaime Bernadas on Saturday night, May 1, about the insistence of DOH Secretary Francisco Duque III and three technical advisers who are pushing for the six- to eight-day quarantine for ROFs and OFWs.

Garcia said this quarantine policy will disrupt the schedule and further strain the finances of the ROFs and OFWs who came to Cebu for various reasons, such as dealing with a family emergency or attending a burial.

According to Garcia, this prompted her to reveal the names of the three technical advisers, saying that “the public should know.” They are Dr. Cynthia Palmes-Saloma, executive director of the Philippine Genome Center; Dr. Alethea de Guzman of the DOH-Epidemiology Bureau; and Dr. John Wong, president and founder of EpiMetrics.

“I take a position, as governor of the Province of Cebu, elected by the Cebuanos and given the responsibility to look after their welfare, I am invoking Section 105 of the Local Government Code. This is not to say that we will not listen to the (DOH’s) recommendations, but any imposition will have to be with the concurrence of the Province of Cebu,” said Garcia.

Section 105 refers to the direct national supervision and control by the Secretary of Health.