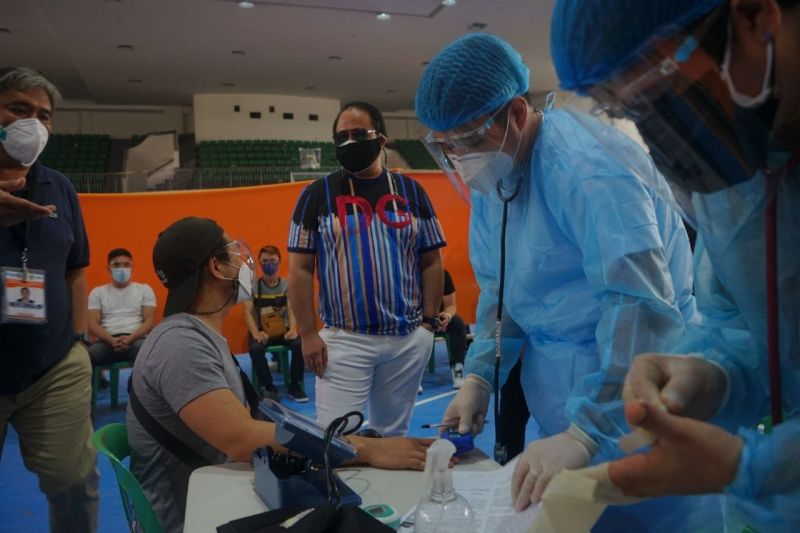 DOING a first in the country, Pampanga Governor Dennis “Delta” Pineda has launched the Home Care Service Program (HCSP) in order to to help save Covid-19 patients while they wait for admission in private hospitals.

Pineda initiated the HCSP as 939 hospital beds dedicated for Covid-19 cases in the province have reached between high-risk to critical-risk level while infected persons have risen to more than 3,000 as of late April.

A total of 268 people or an average of seven persons daily had died of Sars-CoV-2, the virus causing Covid-19, in the last 45 days.

The provincial government, Department of Health and several private hospitals have partnered to implement the HCSP in three months. The program is available to those who prefer to be treated in private hospitals.

After patients enroll in HCSP at the hospital of their choice, they will be assessed in the emergency rooms or undergo tests or procedures. If their condition allows home care, they will be sent home with medicines.

Vehicles to be used by doctors, nurses and other hospital staff will be issued car passes signed by the governor for travel to and fro the HCSP patient. These vehicles are known to the police and barangay.

Once rooms are readily available or if the need arises, they will be prioritized for admission.

As of May 1, there are already nine initial HCP-accredited hospitals while more hospitals are still submitting their letter of intent for accreditation by the provincial government.

Pineda said only patients who have rooms with toilets at home and whose family members agree to be locked down can avail of the program.

He said that Diosdado P. Macapagal Provincial Memorial Hospital in Guagua is also capable of handling Covid-19 patients. It has supplies of medicines needed by moderately to severely infected patients.

The provincial government has more than 1,200 isolations rooms for mild symptomatic patients. (PR)