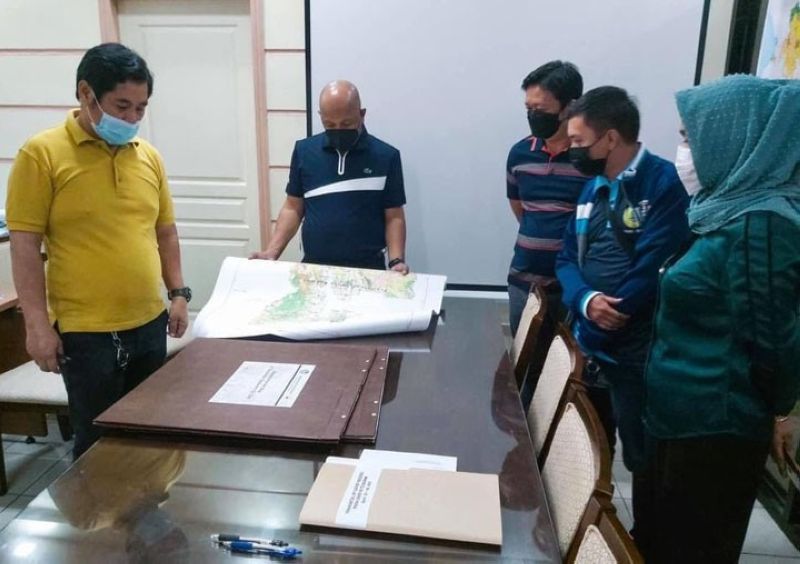 Samaon said also transferred are the projection maps of Marawi City and list of Land Registration Authority (LRA) titles they gathered during their operations with the Task Force Bangon Marawi.

“The DENR-12 (Soccsksargen) is doing its best to hand over all land documents in a systematic manner for easy referral of Menre-Barmm in the future,” Samaon said.

Mabang said there will be a series of turnover from DENR-Soccsksargen to Menre-Barmm for the land records of Cotabato City, including the electronic copies of the documents.

They are currently upgrading the Menre's LMS records section in preparation for the comprehensive turnover of land records from Cotabato City and the 63 villages of North Cotabato.

Mabang said the effort seeks to provide efficient and effective records keeping and management system that will cater to region-wide land documents, especially with the added planned digitalized data.

The DENR central office has transferred in December last year to Menre documents, maps, protected areas, and other resources covering Cotabato City and the 63 villages of North Cotabato, as well as the Turtle Islands Wildlife Sanctuary in Zamboanga Peninsula, the Lake Lanao Watershed in Northern Mindanao, and the Liguasan Marsh in Soccsksargen. (SunStar Zamboanga)