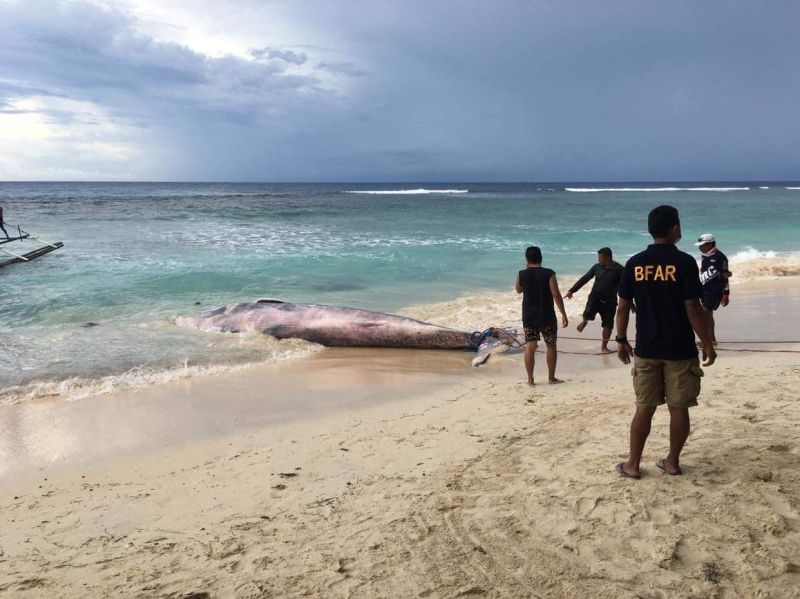 A WHALE with an estimated 4,000-kilogram body weight stranded along the coastlines of Mati City, Davao Oriental was confirmed to have died due to plastic ingestion.

In a report from the Mati City Information Office, a male Bryde’s whale was stranded in Barangay Lanca, Mati City on Saturday, May 1, 2021.

Bryde’s whale, considered as an endangered species, was seen along the coastline in Lanca around 1 p.m., according to barangay officials.

The whale was still alive when the residents of Sitio Kutkut in Purok Dos, Barangay Lanca discovered it. They tried to return it back to the water but struggled due to its weight and it was low tide during that time.

On Sunday, May 2, personnel from the Bureau of Fisheries and Aquatic Resources (BFAR)-Davao and D’Bone Collector Museum Director Darrell Blatchey, along with the area's tourist police, went to the site to check on the whale.

Blatchley confirmed to SunStar Davao in a text message that plastic ingestion was the cause of the whale's death.

"The whale died [due] to blockage of the throat due to plastic bags," he said, adding that first responders were able to pull out plastic bags out of its throat.

A plastic was also recovered from its stomach.

The bones of the whale were brought to Davao City for preservation, while its flesh was immediately buried in an undisclosed area.

Blatchley had previously expressed concerns after another marine creature was found dead along the coastlines of Davao Region.

He also said marine creatures dying due to plastic wastes ingestion has become normal throughout the years.

"It shows we have already destroyed our country, our oceans, so much to the point nga mamatay tungod sa basura (they would just die due to garbage)," Blatchley said in a previous interview.