RT-PCR requirement only for travelers from Luzon, Visayas 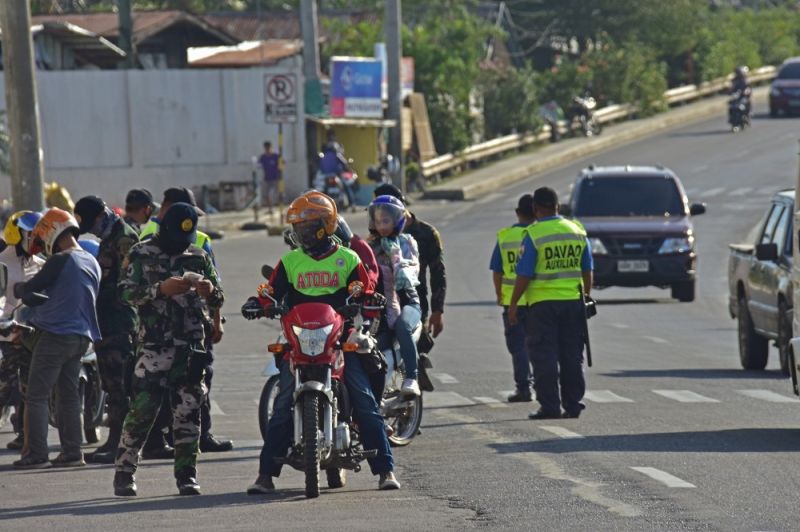 DAVAO City Mayor Sara Duterte-Carpio clarified that the reverse transcription polymerase chain reaction (RT-PCR) test result is only a requirement for Luzon and Visayas air and land travelers bound for the city.

"For Davao City, wala po ta’y additional requirement sa pagkakaron (we do not have additional requirement as of now) with regards to returning residents, except katong gina-implement nato sa pagkadugay na (those that we have long been implementing): air travelers under the [RT-PCR Test] ordinance, and land travelers depending on the screening. Ang gina-test nato (We are currently test those who are) under those areas with higher Covid-19 cases which is diri sa (here in) Visayas and NCR [National Capital Region],” Duterte-Carpio said in an interview on 87.5 FM Davao City Disaster Radio on Monday, May 3, 2021.

This came after Department of the Interior and Local Government (DILG)-Davao Director Alex Roldan announced that the Regional Inter-Agency Task Force (RIATF) approved the request for a border control in the entire region.

Roldan said among the possible guidelines for the border control measure is the requirement of a negative RT-PCR test taken within 72 hours for inbound land travelers coming in the region.

But he said this is still being finalized, and that they are still soliciting the opinion of the different chief executives in the region before the RIATF will issue the resolution. He said the order is expected to be issued within this week.

City Health Office (CHO) Acting Head Dr. Ashley Lopez also mentioned in a recent radio interview that the city is eyeing to implement mandatory RT-PCR to land travelers outside the region who will enter the city.

The public, through social media, aired their worries on border control as the entire region might be placed under "lockdown."

Roldan already denied it, saying the measure is only aimed to regulate non-essential travelers from coming in the region.

Duterte-Carpio, who made the request for a unified regional border control, also denied that there will be a regional lockdown, saying the public should wait for the RIATF resolution document, and avoid sharing unverified information.

"Kung walay ginasulti ang RIATF, RTF [Regional Task Force] then dili ta dapat mag-speculate or magpagawas og (If the RIATF and RTF did not mention anything then we should not speculate or post) bits and pieces of incomplete information so that dili ma-confuse ang mga tao (people will not be confused)," the mayor said.

She added that all policies and regulations related to the Covid-19 response in the entire region is in accordance with the RIATF.

“Anything or any talk nga kinahanglan i-implement diri sa sulod sa atoang (that needed to be implemented here in our) region, we should listen and wait and follow the Regional Inter-Agency Task Force (RIATF) of the Regional Task Force as its implementing arm," Duterte-Carpio said.

The mayor recently said that they requested for a stricter border measure for the entire region due to the continuing surge of Covid-19 cases in some areas in the country and the recent discovery of new Covid-19 variants in neighboring provinces in Mindanao.

She said this is also based on the recommendation from the Department of Health-Davao Region.