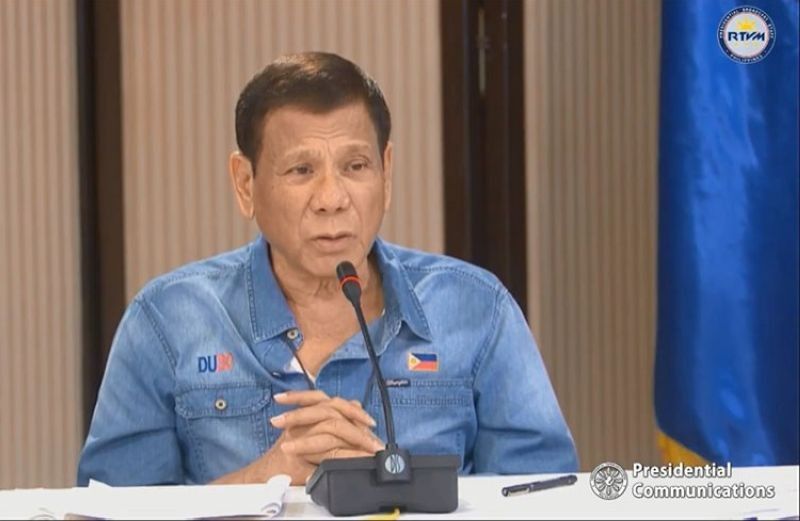 The Sinopharm inactivated vaccine is not yet approved for emergency use in the Philippines, but the Food and Drug Administration (FDA) had issued a compassionate special permit (CSP) to the Presidential Security Group (PSG) for 10,000 doses.

The Sinopharm vaccine was used to inoculate PSG members in 2020, the Armed Forces of the Philippines (AFP) confirmed in December. The PSG is an agency under the AFP that provices close-in security to the President and members of his family.

The AFP leadership had ordered, but later cancelled, the conduct of a fact-finding investigation since not even a CSP had been issued then for the use of the vaccine. Congress also wanted to look into the matter.

Duterte, however, warned Congress against summoning the PSG and ordered the PSG head not to obey any summons from Congress.

Read: Duterte to Congress: 'Do not tinker with PSG'

The FDA issued a CSP to the PSG for the use of the Sinopharm vaccine in February 2021. Sinopharm's application for an emergency use authorization (EUA) in the Philippines is still pending with the FDA.

Sinopharm, or China National Pharmaceutical Group Co. Ltd., is a state-owned pharmaceutical company engaged in the full industry chain from research and development to manufacturing, logistics and distribution, and retail, among others. It has been merged with China National Biotec Group (CNBG).

According to the World Health Organization, the vaccine was developed by Beijing Bio-Institute of Biological Products Company Ltd, a subsidiary of CNBG. (Marites Villamor-Ilano / SunStar Philippines)