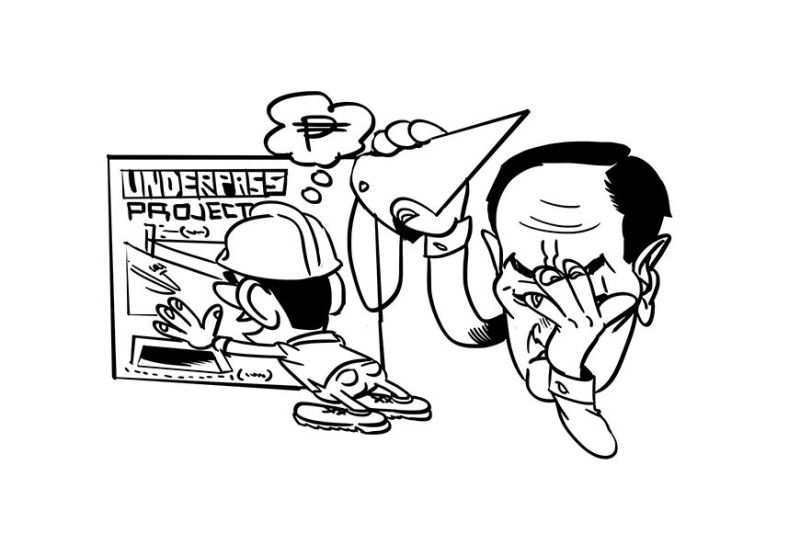 Meanwhile, still reeling from the apparent haphazard ways the agency had implemented the Mambaling underpass, which had caused the ugliest flooding imaginable in a supposedly modern city, the DPWH probably means “detailed engineering” in hyperbolic terms.

Greenlit in default of other crucial requirements, the Mambaling underpass is, as Vice Mayor Michael Rama describes it, “stupid.” The consequential P16.7 million road widening that supposedly goes with the project had a drainage component perpendicular to the underpass that could have led rainwater to proper exit points. The DPWH had a hard time acquiring the road right of way (RROW), and failed to implement that part of the project. Last we heard, in 2019, the agency had already acquired writs of possession for 80 properties in the area.

DPWH 7 Director Edgar Tabacon on Oct. 14, 2020, told the City City Council that the road perpendicular to the Mambaling underpass should have been widened by 420 meters, to allow additional lane on both sides. Tabacon said that when the underpass was built, the drainage across the stretch, which would have prevented flooding, disappeared.

Thus, today, while the “stupid” implementation of the project leaves no one accountable, the DPWH and the City Government scamper for solutions to the Mambaling problem. Engineers Nonato Pailado and Evangeline Cuadrasal, who had to present a proposed solution to the problem in a Council session on April 28, 2021, had to be at the receiving end of Rama’s tirade, “Stupid project, now we are introducing a solution. I wish it is not a stupid solution.”

“Why stupid? I will repeat...there was no traffic, there was no flooding in that area, but when the project was introduced, one year of inconvenience to the people...and now we are solving a problem on this stupid project,” Rama said.

Pailado and Cuadrasal, who head DPWH 7’s planning and design division and construction division, respectively, showed the councilors blueprint of their corrective measures, which they said were based on Metro Cebu’s Integrated Flood Control and Drainage Master Plan.

The lawmakers weren’t impressed though, but disappointed instead, pointing out a disconnect between the plans of the agency’s regional and district offices.

Large infrastructures, such as an underpass like the Mambaling project, supposedly are solutions to a multitude of problems, traffic and drainage included. It is utterly frustrating for the public to bear the brunt from either the incompetence of a few or the oblivious greed of people who jump at every chance to siphon funds for self-interest. We don’t know which one, and the lack of accountability is simply frustrating.