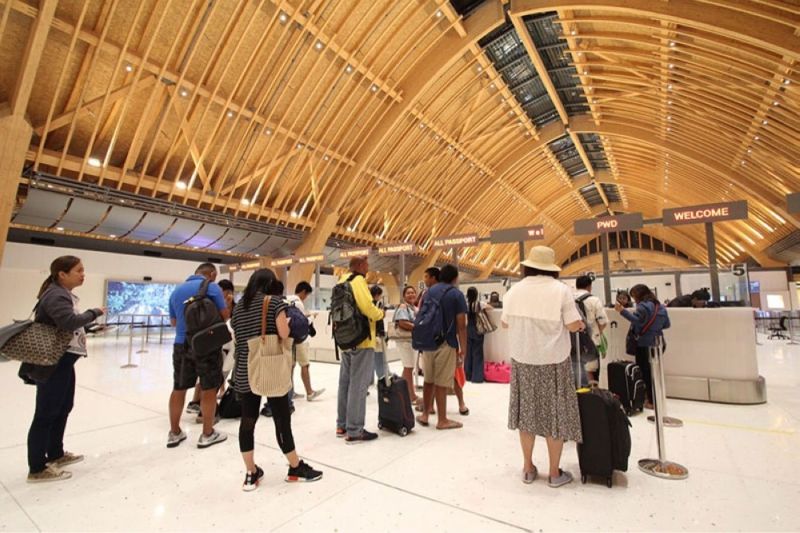 Gov. Gwendolyn Garcia said the “repressive” quarantine policies under the IATF’s whole-of-nation protocol will not work in Cebu.

Garcia invoked Section 105 of the Local Government Code (LGC) to support her Executive Order (EO) 17, which she signed on March 30, 2021.

“I take a position, as governor of the Province of Cebu, elected by the Cebuanos and given the responsibility to look after their welfare, I am invoking Section 105 of the Local Government Code. This is not to say that we will not listen to the recommendations, but any imposition will have to be with the concurrence of the Province of Cebu,” she said.

Garcia said it has been more than a year since the onset of the coronavirus pandemic.

In a press conference on Monday, May 3, 2021, in San Francisco in the Camotes Islands, the governor said she will continue to implement EO 17 and this will be strengthened by an ordinance that the Provincial Board will pass.

Garcia learned from DOH 7 Director Jaime Bernadas over the weekend that Health Secretary Francisco Duque III and three DOH technical advisers insisted on implementing the whole-of-nation protocol that includes the six- to eight-day quarantine for ROFs and OFWs.

Under the whole-of-nation protocol, OFWs and ROFs must be quarantined at a designated hotel until they test negative on the RT-PCR swab test, which will be taken on the sixth day upon arrival and wait for another two to three days for the result.

Garcia said this quarantine policy will disrupt the schedule and further strain the finances of OFWs and ROFs who come to Cebu for various reasons, such as dealing with a family emergency or attending a burial.

Dr. Mary Jean Loreche, chief pathologist and DOH 7 spokesperson, said data from the Owwa and MCIA show that testing OFWs and ROFs on the sixth day upon arrival costs more to the government.

The hotel designated as an isolation facility charges Owwa between P1,400 to P1,800 per day. For the Day 6 testing, the government will spend P11,200 per OFW compared to the upon arrival testing at P4,200 per OFW.

According to Loreche, each Qatar Airways Doha-Cebu flight usually has 220 to 260 passengers. Qatar Airways has three flights daily to Cebu.

This means Owwa could be billed P2.264 million. In contrast, by conducting a PCR test upon arrival, the cost is reduced to P924,000 for a three-day stay at the hotel.

One of the issues discussed during Duque’s meeting with Saloma, de Guzman and Wong was the P.3 coronavarius variant.

The governor lambasted the three DOH technical advisers for earlier recommending a lockdown for Cebu because of the P.3 variant without presenting proof that the mutations originated in Central Visayas.

“I don’t know why they focus on Cebu,” the governor said, noting that the National Capital Region has more problems.

The technical advisers feared that Central Visayas might be exporting the P.3 variant to other parts of the country.

Loreche had said this observation was uncalled for since there was no evidence showing that the variant originated in Central Visayas.

“Ayaw lang mi hilabti, mosunod lang ta sa balaod (Don’t touch us and just follow the law),” the governor said. “Naigo ilang pride ani (Their pride may have been affected) that Cebu is proving them wrong.”

Central Visayas managed to bring down the number of coronavirus disease 2019 (Covid-19) cases in half at the beginning of April 2021.

Despite the surge in cases early this year, the region has remained under modified general community quarantine since last September.

Both the governor and Loreche said this was because systems and processes were already in place.

“With all our protocols and processes in place, there is no way that we cannot learn to live with Covid-19. This is a clear example of how an open economy is with Covid-19 still around. At the end of the day, it is a shared responsibility of everyone,” Loreche said.