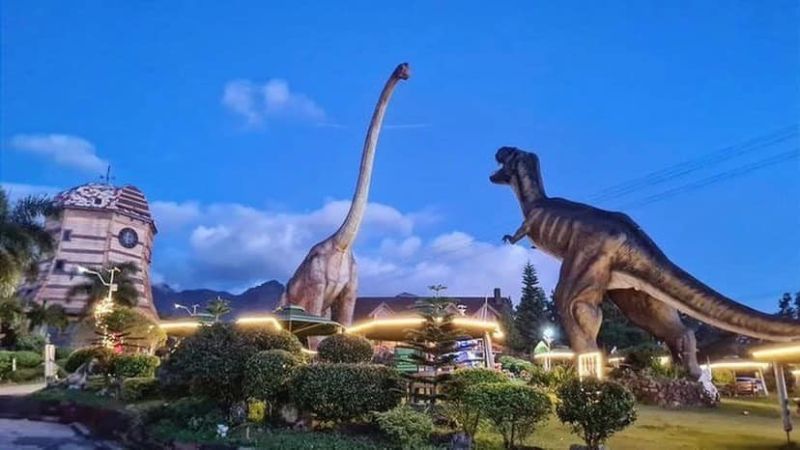 BACOLOD. One of the attractions at the Campuestohan Highland Resort in Talisay City, which is owned by businessman and former Bacolod City councilor Ricardo “Cano” Tan. (Contributed photo)

AS HE decided to focus more on his private life, businessman and former Bacolod City councilor Ricardo “Cano” Tan said he is hopeful to pour more investments, this time, for the Negros Occidental capital city.

Tan’s family owns the Campuestohan Highland Resort in Talisay City, one of the major tourist attractions in the province.

When pressed if he plans to develop the same concept of resort in Bacolod City, he said “hopefully.”

There have been reports that his family bought a property, a beach resort, in Barangay Punta Taytay.

The businessman did not confirm it though.

When asked if another Campuestohan may rise in the area [Punta Taytay], Tan said, “let us just wait. It’s possible, we’ll see.”

On Sunday, May 2, the former city official made his first public appearance barely two years and five months after he and his wife survived an ambush in December 2018.

Aside from his announcement that he was already cleared by the Philippine National Police from any illegal drug links, Tan also said he has no plans to go back to politics.

Instead, he would rather focus his time on his family and businesses.

“I am now happy to go back to my normal life and to be with my grandchildren again, face our employees and entertain friends in the safe comfort of our home,” he said.

In his speech, Tan said everything that they have started from scratch.

Their family has been engaged in various businesses like restaurants, auto supply and resort development for over 40 years now.

For them, one of the most successful businesses of the family was the Campuestohan Highland Resort.

“Many doubted that what I will be doing is impossible. But I just told them that I will put up a tourism landmark out of the grassland of Campuestohan,” he said.

Tan added that “now, it has become a crown jewel of tourist attraction not just in the province but in the whole country.”

The family dismissed claims that they already sold the resort and that it is now for private use.

“We still own Campuestohan,” Tan said, adding that “when they failed ko kill us during the ambush, their next target is to kill our business by spreading lies and fake news about our resort.”