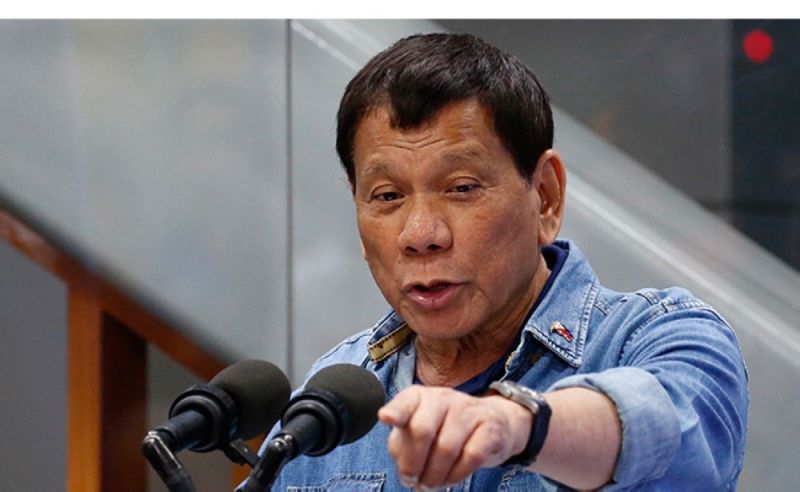 PRESIDENT Rodrigo Duterte has directed the National Bureau of Investigation (NBI) to look into the killing of a provincial consultant for hospital operations in Negros Occidental in April, Malacañang said on Monday, May 3, 2021.

The order came as the body of Provincial Consultant for Hospital Operations Marton Cui was exhumed and an autopsy was conducted Monday by the medico-legal officer of the NBI in San Carlos City, Renoir Baldovino, NBI-Bacolod head, said to Sunstar-Bacolod Monday.

Cui was gunned down in his hometown in San Carlos City on April 12. He was declared dead at a hospital due to two gunshot wounds on the chest.

Roque said Duterte has vowed that justice will be served for the death of Cui.

“Inatasan ni Presidente ang NBI na imbestigahan ang pagpatay na ito at parusahan ang may-sala at mabigyan ng katarungan ang pamilya ng biktima (The President has directed the NBI to investigate the killing and punish the perpetrator to give justice to the family of the victim),” he said.

Duterte also extended sympathies to the family, friends and colleagues of Cui.

Police investigation showed that Cui was hit by long-range shots while he was about to board his vehicle outside his office at Emerald Arcade on F.C. Ledesma Avenue, Barangay Palampas around 8 p.m. on April 12.

He was brought to a hospital, where he was pronounced dead by an attending physician.

Baldovino said the autopsy was only conducted Monday as the family gave their consent on that day. Cui was earlier buried without autopsy as the family did not give consent.

He said on April 14, his office immediately conducted the parallel investigation on Cui's death per order of the NBI director.

The autopsy may answer several questions that may help the investigation, especially that up to this time even the caliber used has not been determined yet.

"We may recover the embedded slug for ballistic investigation," he added.

Baldovino also revealed that aside from the autopsy, the NBI also has an application from the court for the issuance of a Cyber Warrant for possible lead.

"We are asking authority from the court to secure some gadget (mobile phone) that does not belong to the victim. We cannot disclose the owner of the cellphone, but it may lead to the possible determination of the suspect," Baldovino added.

He said the caliber used in killing Cui was not determined yet because the slug recovered from his vehicle was deformed.

"That's why we convinced the family to give consent for the autopsy, as it may help answer several questions," he said.

Baldovino further added that conduction stickers of the three vehicles used belonged to other vehicles based on verification with the Land Transportation Office. The vehicles captured by security cameras included a gray Starex van, a white Toyota van and a black Innova.