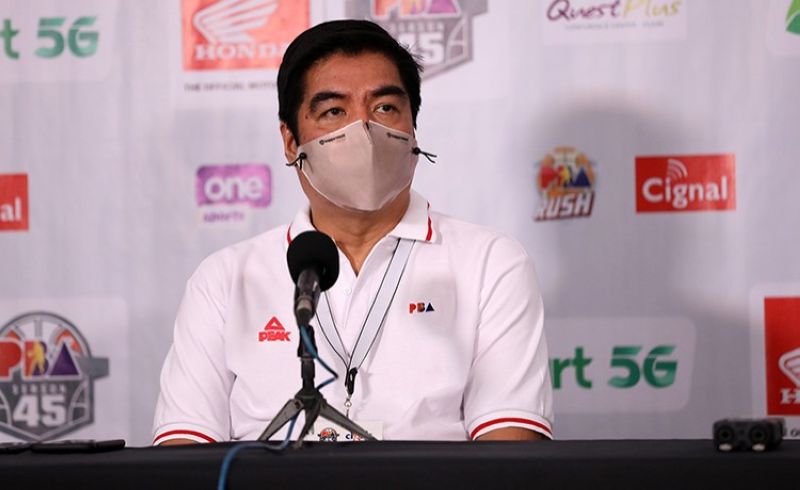 PBA commissioner Willie Marcial has been working hard to find a way for PBA teams to begin preparing for the brand new PBA season. (PBA)

There’s certainly light at the end of the tunnel for a number of PBA teams after Batangas City approved the PBA’s proposal to stage team practices in the area.

The next step for the league is to submit their health protocols to the Games and Amusement Board (GAB), although Marcial hinted that GAB chairman is amenable to the idea. The province of Batangas has been placed under general community quarantine under May 31, which paves the way for batch practices to be held in the area.

Being eyed to host the practices are the Batangas City Coliseum and the Batangas State University Gym. More than half of the PBA teams have already expressed interest in training in Batangas. A home-venue-home arrangement will be implemented for this endeavor. (JNP)