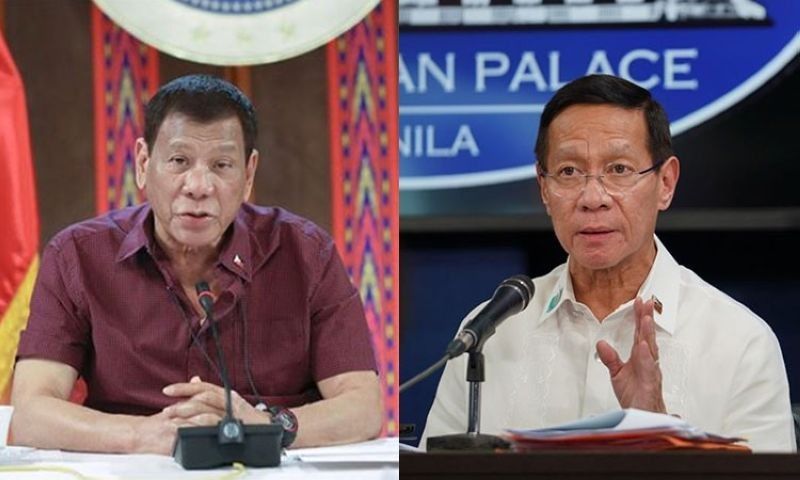 WHILE others heaped criticisms on Department of Health (DOH) Secretary Francisco Duque III, President Rodrigo Duterte hailed him as the “hero” behind the government’s pandemic response.

"Compared with other countries, which is not really the time to do comparisons, but we are doing good in the fight against Covid and Secretary Duque is the hero here," Duterte said in a televised public briefing Monday evening, May 3, 2021.

Duterte made the remark as Duque presented a situation report on the coronavirus disease 2019 (Covid-19) epidemic in the country.

He noted that majority of those infected have recovered. As of May 3, the country had 69,466 active cases.

Duque has been under fire since last year over several issues including his alleged failure to comply with documentary requirements for the procurement of Covid-19 vaccines from US pharmaceutical firm Pfizer.

He was also criticized over the alleged anomalies at the Philippine Health Insurance Corporation, which prompted lawmakers to call for his resignation.

Senate President Vicente Sotto III, for his part, said the medical frontliners remain the hero in the fight against Covid-19.

"That's his opinion, to me, the frontliners are the heroes!” he said in a message to reporters.

For Senator Sherwin Gatchalian, the government’s pandemic response was a team effort.

“Just to be fair, there were several heroes who effectively contributed to the government's response to Covid - these are Sec. (Carlito) Galvez, Sec. (Vince) Dizon and all the medical frontliners,” he said.

“This is a team effort. No one man can arrest a pandemic of this magnitude,” Gatchalian added.

Opposition Senator Francis Pangilinan said Duterte is the only one who believes that Duque is a “hero” and the government’s response is excellent. (SunStar Philippines)