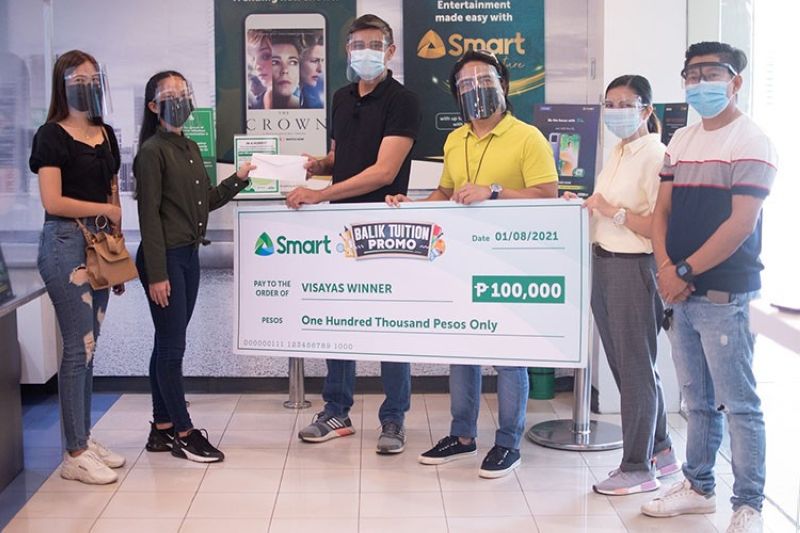 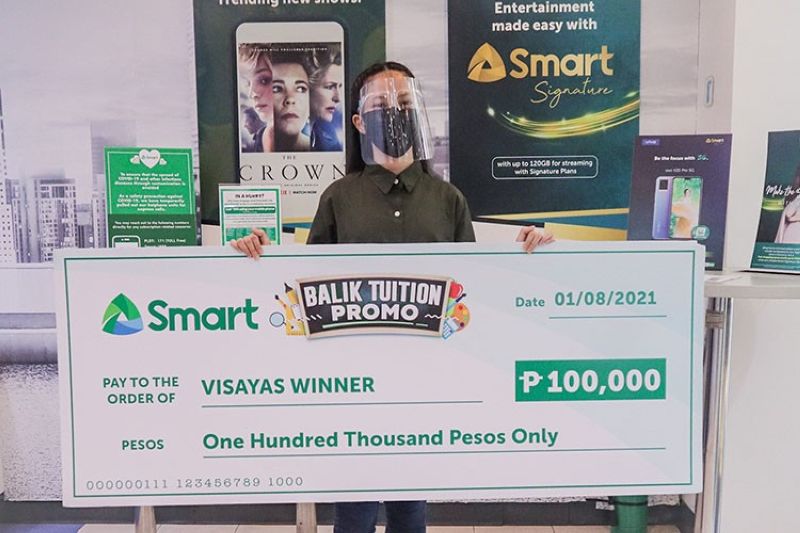 It was the biggest surprise ever for nineteen-year-old Cloe Anne Marie Malaga who received a text message from Smart Communications on her birthday, no less. According to this message, Cloe had won the Php 100,000 Grand Prize in Smart’s “Balik-Tuition” Promo. She had just made the switch to Smart when online classes began.

Now, the prize money is reuniting her back with her family in Cebu, for good.

“The cash prize is a big help for me and my family. I am grateful to Smart for this opportunity and blessing,” said Cloe.

“With this money, I can finally continue my education in Cebu where my family had been staying. This blessing has opened so many doors for me.”

Cloe is a Psychology major at Carlos Hilado Memorial State College in Negros Occidental. She said that she only knew of Smart’s Balik Tuition Promo through her school’s official Facebook page. Launched in October 2020, the ‘Balik Tuition Promo’ is an electronic raffle where students using Smart and TNT prepaid SIMs have the chance to win cash, gadgets, and data load just by subscribing to any of Smart’s Giga promos.

Cloe only started using a Smart Prepaid SIM when online classes began, “I figured it was time to move to a more reliable network that could consistently connect me to my online classes. When I experienced Smart’s stable and fast internet, not only did I become a believer but an advocate as well,” she said. That switch proved to be the right move for Cloe. Aside from bringing home the grand prize, she also won Smart Bro Pocket WiFi devices for her school.

“Our Smart Giga Study promos were launched with students in mind. Realizing the challenges of online learning, we created Giga Study packages that maximize their use of the internet so they can live smarter for a better world,” said Jane Basas, SVP and Head of Consumer Wireless Business at Smart.

As for the rest of her winnings, Cloe plans to “buy and a laptop” and “save the rest for my future”. (PR)