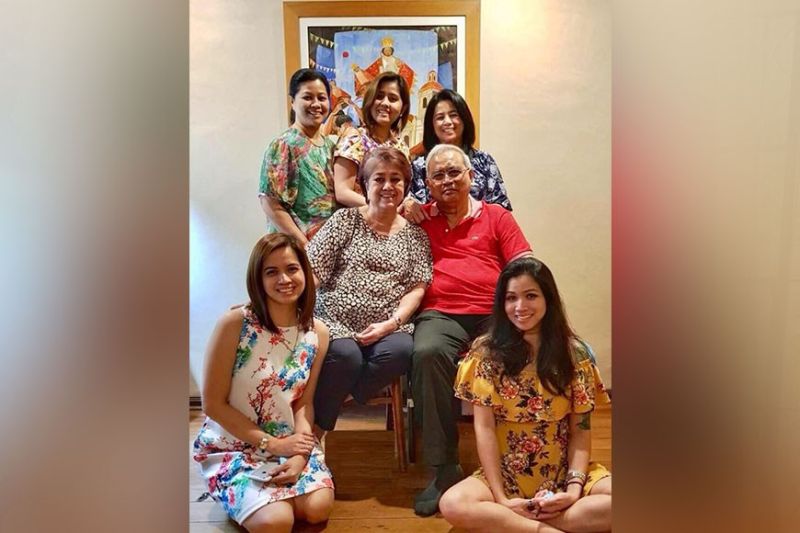 FIVE DAUGHTERS. Ramon and Baby Montinola with their five daughters: Dovie Sainz, the late Loudette Salanga, and Rina Sulay (standing). Seated at left is Ruth Miranda, and at right is Meliza Dimailig. 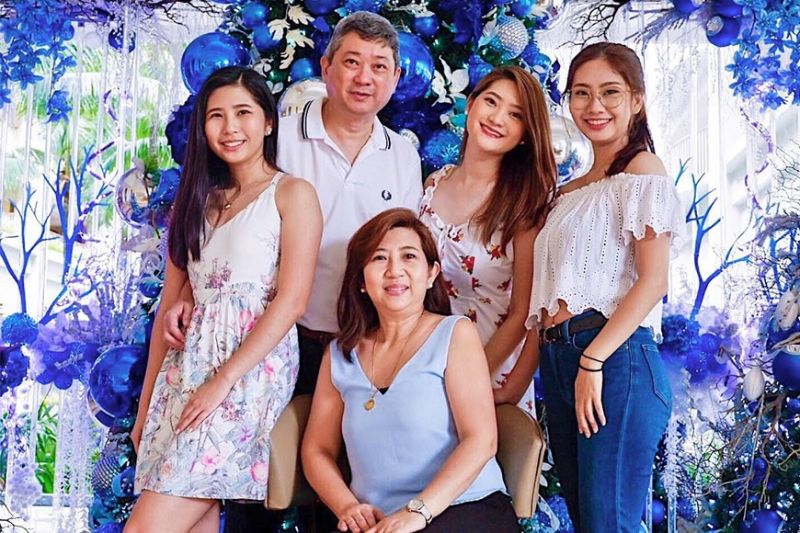 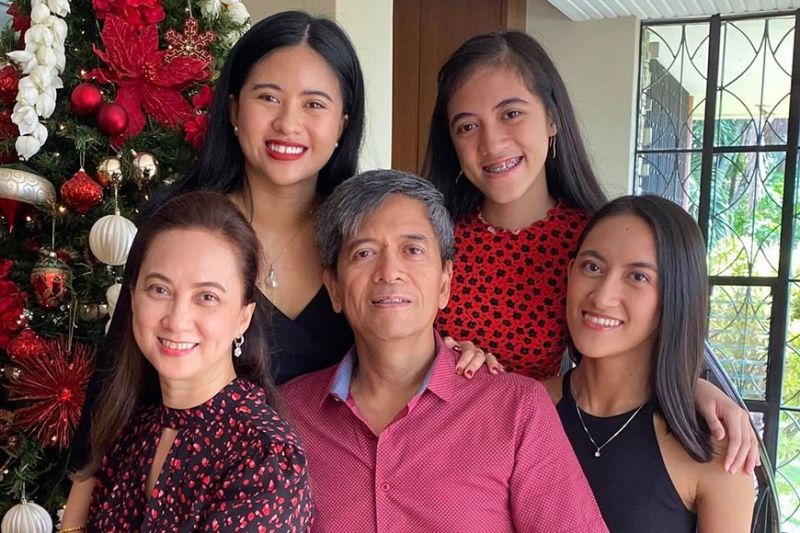 To start off the Mother’s Day celebration which is on May 9, I asked three mothers (to all girls) how it has been raising all daughters, and how the man-of-the-house feels about being the only male in a “women’s world.” Let’s hear from them.

Dr. Christy Leonardia Suarez (Breast Imaging Radiologist at CDH) and husband Oscar have three daughters who she happily says are “reasonable, respectful and loving.” She is thankful that so far, she has not encountered any major challenge in bringing them up. “The best part in having all daughters is that I have best friends and buddies in each of them,” she said.

As for Dad Oscar, he is the ever cool and supportive father. He has long accepted the fact that he is the minority in the family. “No choice,” he added jokingly.

When asked if she sees herself in her daughters Christy answered, “Not really because all my daughters are outspoken and confident—very different from how I was when I was young.” On the other hand when it comes to mannerisms and interests as well as physical features, she pointed to her second daughter Bea as the one most like her.

All three daughters are one in saying that as a mother, Christy is both authoritative and sisterly. They look up to her and don’t want her any other way.

Five daughters make up the family of Generosa “Baby” Francisco Montinola and husband Ramon. They are proud parents to daughters who are all professionals and now have families of their own. Unfortunately, tragedy struck more than a year ago when they lost their third daughter Loudette Salanga (a lawyer) to cancer. The pain is still fresh in their hearts.

Looking back, Baby said that she was quite strict with her girls but would somehow give in to their cariños. They enjoyed each other’s company and always had lots of fun. Though the five of them had different opinions, likes and dislikes, they bonded beautifully. They were all into “women things” like accessories, shoes and bags, and the like. Shopping with Mom was one activity they looked forward to.

As the lone male figure in the family, Dad Mon was the proverbial “thorn” among the roses. He loved his role as escort to his lovely daughters and basked in the affection and attention they showered on him.

On whether she sees herself in her five daughters, Baby answered... “Somehow, sometimes I see myself in each of them.”

Dad Johnson doesn’t mind being the only man in the house. He thinks of his daughters as his angels who at times gang up on him to get their way in the choice of restos, movies and whatnots. He cheerfully obliges and also acts as their Mr. Fix-it for whatever needs to be repaired.

Mia shared that the greatest challenge she faced during the growing up years of her daughters was “striking a balance between being a mother and a dental professional, both roles equally important and carrying the same degree of responsibility.” As the girls matured, she found herself facing another challenge. This time around she had to see to it that she stood as a good role model for them so that they are well prepared to face life as strong independent women.

She definitely sees herself in her daughters. They all share her passion for arts, music and creativity. Mia fondly divulges: “Nowadays, I turn to them to keep me updated on current trends for tech stuff and they keep me abreast with the music of their generation along with the little adventures in between that they excitedly share. In short they keep me young at heart.”