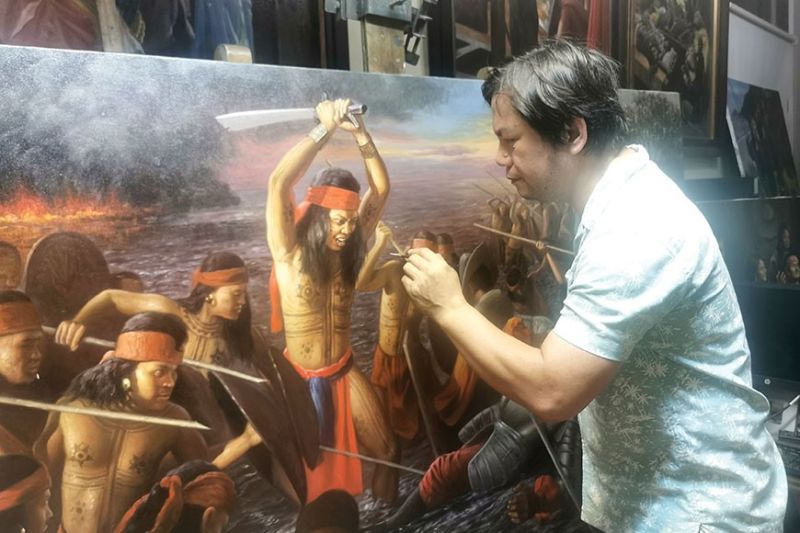 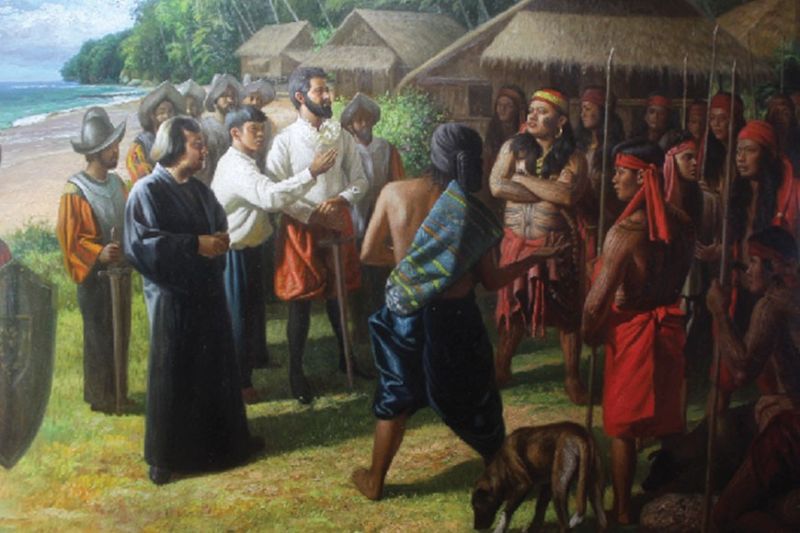 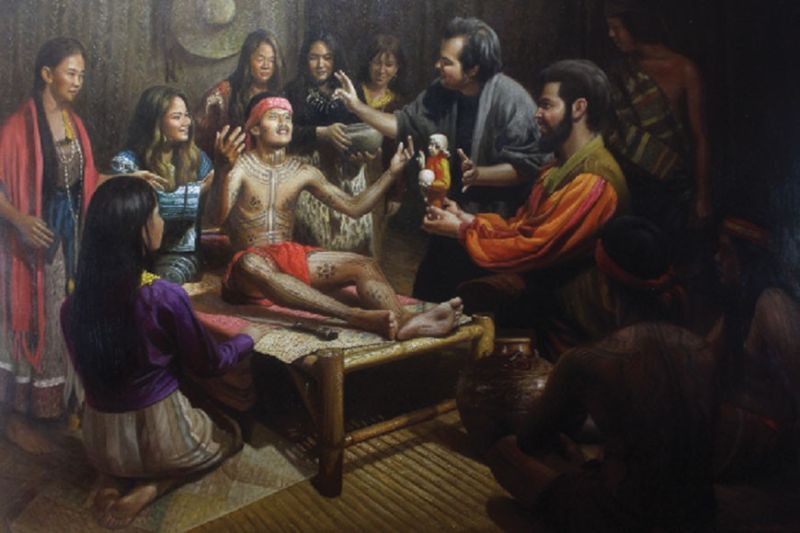 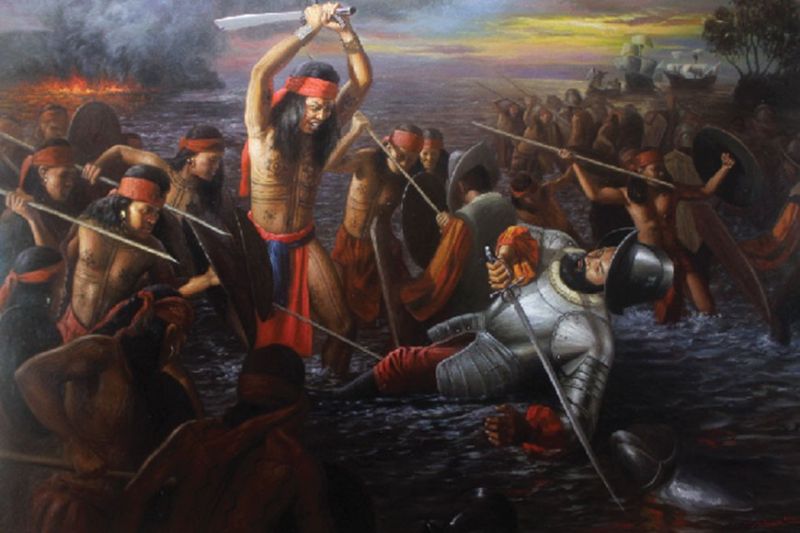 Florentino “Jun” Impas’ monumental work, “Panagtagbo,” is a series of 10 oil paintings, each four by six feet, depicting the first encounter of Cebuanos, led by Rajah Humabon, and the Spaniards, led by Ferdinand Magellan in March-April 1521.

In an interview, SunStar LIVE! asked the artist why and how he made these paintings.

Florentino “Jun” Impas (FJI): I made the size big for these paintings so they will have a great impact on the people who see them, so that ang theme makit-an jud sa tao ug ang importance ug meaning niini (so the theme and importance can really be seen by the people).

FJI: Yes. I asked Dr. Jose Eleazar Bersales to help me in choosing the events. When I learned that we have a celebration of the 500th anniversary of Magellan’s landing in Cebu, which led to the eventual Christianization of the islands, I thought that as an artist, I could help contribute to the celebration. Since I am not a historian, I asked Dr. Bersales to make sure the events I would depict would be historically accurate.

SSL: How did you choose your models for the figures in your paintings?

FJI: Dr. Bersales provided the models as well as the costumes for them. I was the one who composed the scene, to conceptualize the reenactment.

SSD: Why do you want “Ang Panagtagbo” to be sold as a set instead of painting by painting which would have been easier to do?

FJI: “I want the set intact because I want it to be seen by everyone, by my children and future grandchildren, by everyone from generation to generation, to know the story of our Christianity. Also, so people could see the meaning of our 500th anniversary celebration of our Christianity. I would really want that whoever gets this will display it to be seen by everybody. Ug mapunta siya sa lainlaing tao, matago ra sulod sa balay, maputolputol ang storya, ug di makita-an sa kadaghanan. Mao nga bisag lisod ibaligya as a whole, gusto ko dili magbuwagbuwag (If the artworks go to different persons, they will just be hidden in their homes, the story will be cut, and it will not be seen by everyone. So even if it’s hard to sell as a set, I don’t want them separated).

SSL: “With these paintings, what have you achieved for yourself, for Cebu, for the country?”

JFI: “Ang kani nga mga paintings naka achieve siya ug fulfillment para nako kay naa koy naambag as an artist sa kani na event pinaagi sa pagpintal. (With these paintings, I have achieved a sense of fulfilment as I have been able to participate as an artist in this event through my paintings). It’s also an achievement for the people in Cebu and the Philippines to see the deep meaning of our Christianity—for them to know the beginnings of our faith.

Florentino “Jun” Impas is a noted portrait artist who has painted bishops, cardinals and popes. His exhibit of “Ang Panagtagbo” is ongoing at SM Seaside City Cebu until May 9.