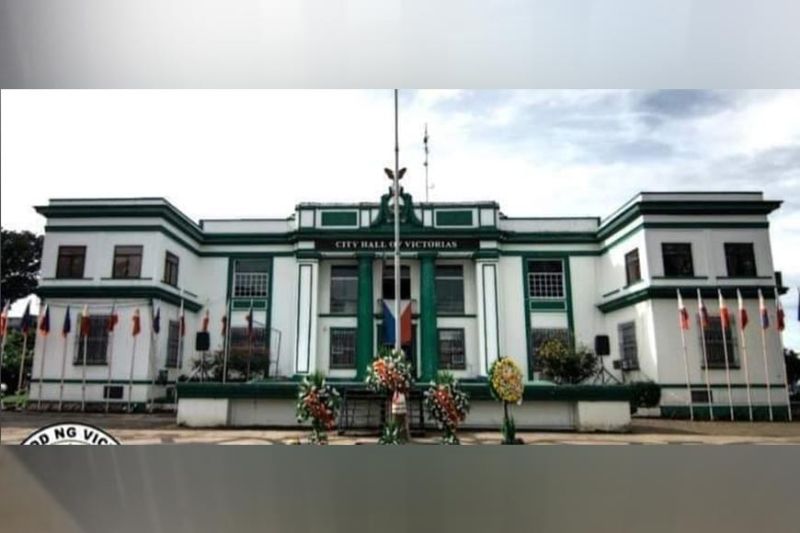 NEGROS. Victorias City Hall is on lockdown until May 7, 2021 for disinfection after 35 of its employees tested positive for coronavirus. (Contributed Photo)

VICTORIAS City Mayor Francis Frederick Palanca confirmed that the city hall is on lockdown until Friday, May 7, for disinfection after 35 of its employees tested positive for coronavirus.

Palanca said the lockdown is based on the recommendation of the City's Health Officer, Dr. Richard Garlitos, for lack of contact tracers.

The City Health Office only has 10 contact tracers now, plus those from the different barangays, he said.

The mayor also confirmed that their quarantine facilities are now overwhelmed.

Most of those who tested positive for the virus that causes Covid-19 are from the City Engineering Office and the General Services Office.

Meanwhile, based on the social media page of the City Government of Victorias, it was announced that the scheduled pay-out to flash flood victims in the city have been postponed until further notice.

"The government officials and employees were directed to strictly stay at home until May 7, 2021, and adopt a Work-From-Home (WFH) arrangement as ordered in Executive Order 13 signed by Victorias City Mayor Francis Frederick P. Palanca to give way to the thorough disinfection procedure based on the guidelines and protocols set by the Department of Health (DOH), and to conduct contact tracing and appropriate RT-PCR Test of concerned government city employees who may have had close contact with individuals tested as Covid-19 positive," the announcement stated.