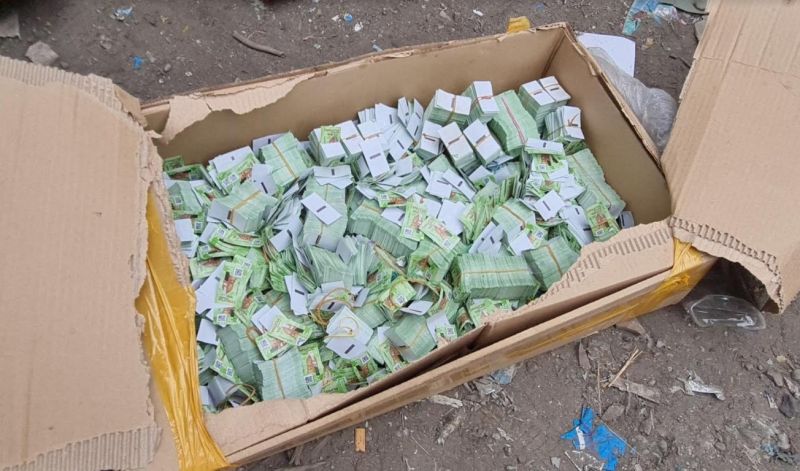 BACOLOD. A team from the Bureau of Internal Revenue-Region 12 led by Director Antonio Jonathan Jaminola, along with personnel of the National Bureau of Investigation and Philippine Army, seize over half a billion worth of fake tax stamps and cigarettes in a raid at a storage facility in Barangay Tangub, Bacolod City Tuesday, May 4, 2021. (Erwin Nicavera) 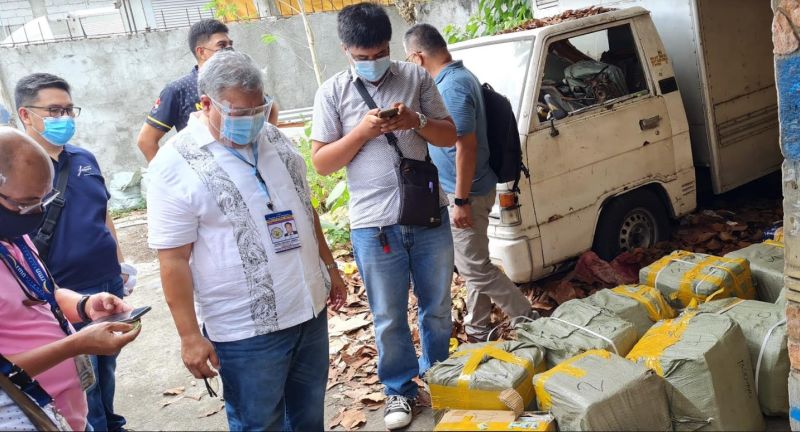 BACOLOD. A team from the Bureau of Internal Revenue-Region 12 led by Director Antonio Jonathan Jaminola, along with personnel of the National Bureau of Investigation and Philippine Army, seize over half a billion worth of fake tax stamps and cigarettes in a raid at a storage facility in Barangay Tangub, Bacolod City Tuesday, May 4, 2021. (Erwin Nicavera)

THE Bureau of Internal Revenue (BIR)-Region 12 has seized over half a billion pesos worth of fake tax stamps and cigarettes in a raid at a storage facility in Barangay Tangub, Bacolod City Tuesday, May 4.

BIR-Region 12 Director Antonio Jonathan Jaminola, who led the operation conducted by virtue of a mission order from the agency, said they received information on the alleged manufacturing of fake cigarettes inside the establishment.

Jaminola said, however, that what they discovered was a storage facility containing boxes of fake BIR documentary stamps, packaging materials and some raw materials used in cigarette production.

The raid, which was conducted in coordination with the National Bureau of Investigation (NBI), Philippine Army and the barangay council, initially yielded 29 boxes of fake tax stamps.

All in all, the initial cost of confiscated fake tax stamps is pegged at about P544 million.

"This is how big the amount that is supposed to be generated by the government through these tax stamps," he said, adding that authorities broke in as there were no persons inside the establishments during the raid.

The confiscated documentary stamps were verified to be fake as these contain the same serial number.

In the Philippines, all cigarettes must have a tax stamp outside the case.

The BIR official pointed out that the use of fake tax stamps is a violation to the National Internal Revenue Code, specifically Section 265, or the Offenses Relating to Stamps.

Under which, any person who is making, importing, selling, using or possessing without express authority from the commissioner, any die for printing or making stamps, labels, tags or playing cards, upon conviction thereof, be punished by a fine of P5 million to P10 million and imprisonment of five to eight years.

The initial value of confiscated revenue stamps is on top of other seized materials including several other boxes inside the facility wich the BIR has yet to conduct an inventory.

Jaminola said the two delivery trucks containing raw and packaging materials for cigarette manufacturing will also be confiscated by the government.

During the operation, authorities also opened another truck parked in front of the gate of the facility they earlier raided.

There, they discovered more boxes, some containing fake tax stamps and at least four brands of ready-to-sell cigarettes.

Jaminola said they can now conclude that the owner of the facility, whom they have yet to identify, is selling fake cigarettes based on the "finished products" confiscated from the truck.

They could not, however, determine yet where the actual manufacturing takes place.

"So, the total amount of all confiscated items would certainly be higher than the initial P544 million. We have yet to conduct an inventory," Jaminola said, adding the more charges will be filed against the owner.

Aside from using fake stamps, the owner may also face tax evasion charges "because there are already unregistered goods" and those for other violations under the tax revenue code.

Jaminola believed that these fake cigarette products are being distributed to markets in the region, adding that they received the information about the illegal operation two months ago.

He said the agency is doubling its efforts to run after tax violators especially during this coronavirus disease (Covid-19) pandemic.

"With the prevailing pandemic, the government needs to collect more taxes," the official said, urging taxpayers in the province to pay the right amount of taxes.