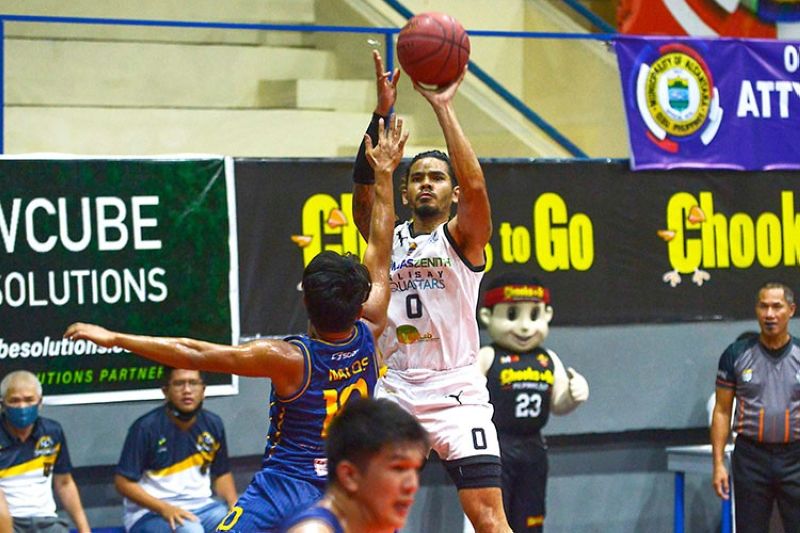 MJAS Zenith Talisay City skipper Paulo Hubalde says their job in the Visayas leg of the Chooks-to-Go Pilipinas VisMin Super Cup is not yet done as they await for their opponent in the finals. (Chooks-to-Go)

The veteran backcourt of the MJAS Zenith Talisay City Aquastars remain far from satisfied and continue to sharpen their skills as they wait for their opponent in the finals of the Visayas leg of the Chooks-to-Go Pilipinas VisMin Super Cup.

Team captain Paulo Hubalde and his fellow veteran, Patrick Jan Cabahug, continue to be in the ear of their teammates, reminding them that their ultimate goal is the championship, and not just a finals appearance. MJAS Zenith has been dominant so far, sweeping the elimination round with a flawless 10-0 (win-loss) record that earned them an outright berth in the finals.

As of press time, the Aquastars are waiting for the winner of the knockout game between the second-seed KCS Computer Specialist-Mandaue and the third-seed ARQ Builders Lapu-Lapu Heroes.

Cabahug shared that he and the rest of his teammates have not been sitting idle ever since they completed the elims sweep. Instead, they have been putting in the work, both on and off the floor, in preparation for the finals, which starts on Friday, May 7.

Cabahug also keeps on reminding his teammates to keep their eyes on the prize and not be satisfied with what they’ve accomplished so far in this tournament.

As flawless as MJAS Zenith’s run through the competition has been so far, both Hubalde and Cabahug still see room for improvement. For Cabahug, their penchant for slow starts is a bit concerning.

Hubalde, on the other hand, says he and the rest of the team need to learn from their mistakes and just continue to get better.

“Every game is different. May mga lapses pa kami that we need to improve on. We try to work on it and learn from our mistakes,” Hubalde shared. (JNP)