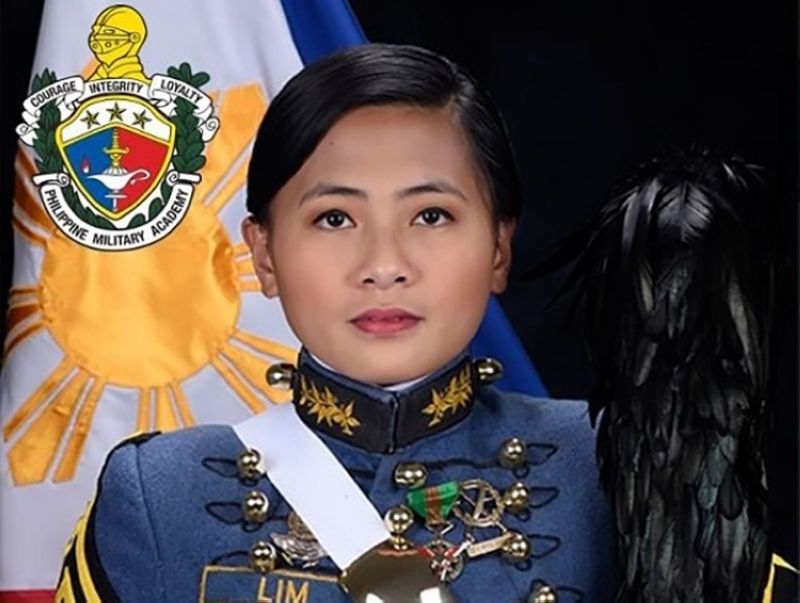 The 24-year-old college undergraduate of Bachelor of Science in Chemical Engineering at the University of the Philippines Visayas will be joining the Philippine Army.

A scholar of the Department of Science and Technology (DOST) in college and graduated with honors in high school, Lim is the chairperson of the Honor Committee and a consistent Dean’s lister and Commandant’s lister at the prestigious military academy.

“As the outgoing chairperson of the Honor Committee, sharing the sense of moral ascendancy especially in litigating honor cases amongst the cadets had challenged her integrity in fulfilling her duties and be the symbol of honor before excellence,” PMA said in a statement.

“By the changing fortunes of time and the circumstances of the different honor cases, she believes that through honesty and respect to others, it will bind the trust among men of the entire armed forces,” it added.

The “Masaligan” (MAndirigmang SAmahan na Lakas at SandIGAN ng Bayan) Class of 2021, composed of 138 males and 26 females, will have their graduation ceremony on May 10.

The cadets will be joining their respective branches of service as lieutenants/ensigns. (SunStar Philippines)