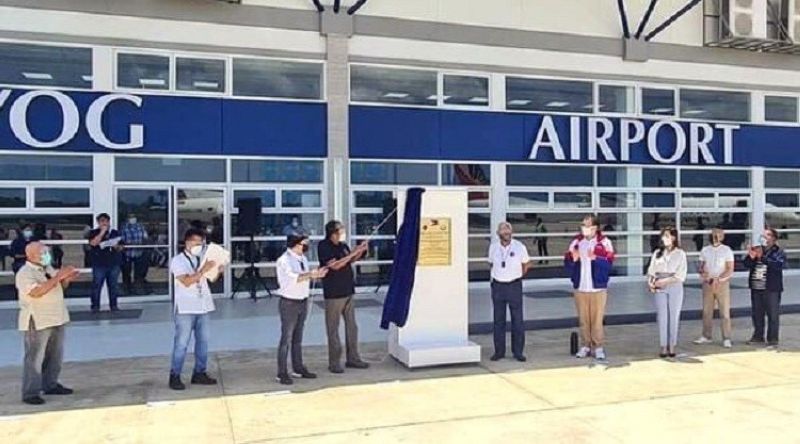 TOP officials of the Department of Transportation (DOTr) and the Civil Aviation Authority of the Philippines (Caap) led the inauguration of the new Passenger Terminal Building (PTB) of the Calbayog Airport in Samar Wednesday, May 5, 2021.

In a statement, Tugade said the development of Calbayog Airport “is expected to help further boost economic activities in the entire Region 8 (Eastern Visayas) and enhance the tourism potential of Samar and its nearby provinces.”

The modernized PTB can now accommodate 450 passengers from its previous 76-passenger capacity.

Aside from the improvement of terminal building, DOTr also constructed a new apron, taxiway, drainage system, and runway end safety area, among others.

The construction phase of the new Calbayog Airport generated around 1,500 jobs, according to Caap.

The new airport is also expected to bring nearly 300 indirect jobs once it begins to operate. (SunStar Philippines)