Guimaras has no new dengue cases for 7 consecutive weeks 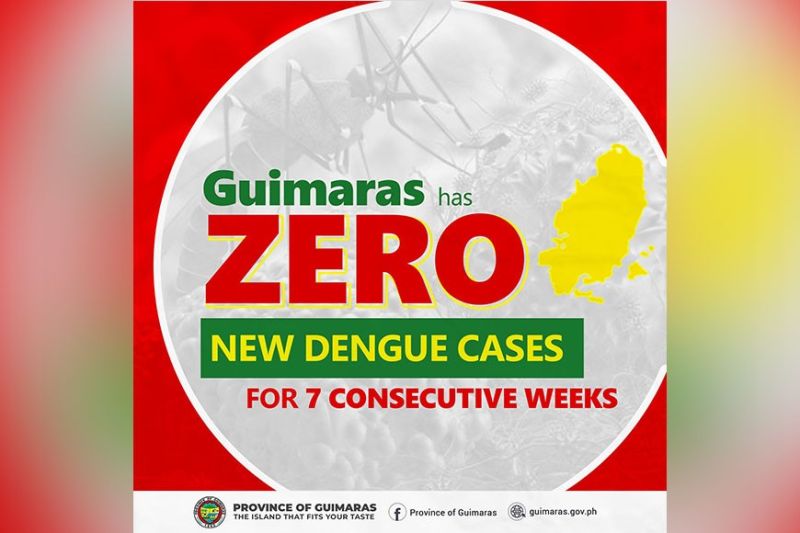 THE Province of Guimaras has not recorded new cases of dengue hemorrhagic fever for seven straight weeks.

Latest data from the Regional Epidemiology and Surveillance Unit (Resu) of the Department of Health (DOH)-Western Visayas Center for Health Development show that the Province of Guimaras has not recorded new cases of dengue since March 13 until April 24, 2021.

Dina Grace Gabayoyo, Nurse I and Provincial Dengue coordinator, said that since January of this year, the province has already logged nine cases of the disease brought by the Aedis Egypti mosquito.

Since January 2021, the municipalities of Jordan and San Lorenzo have three recorded dengue cases, respectively, two from Sibunag and one from the town of Nueva Valencia.

In Western Visayas, the Province of Capiz has the highest number of newly reported dengue cases with 10, followed by Iloilo Province with four cases and Negros Occidental with two cases.

Negros Occidental has the most number of dengue-related deaths with three, followed by Bacolod City and Province of Capiz with two deaths, respectively, and the Province of Iloilo recorded one death due to dengue.

As of April 24, only Aklan, Guimaras and the City of Iloilo have not recorded dengue-related death.

The DOH-Western Visayas Center for Health Development noted an overall decrease in the number of dengue cases in all provinces and highly urbanized cities in the region from January to April 2021 compared to the same period last year. (PR)