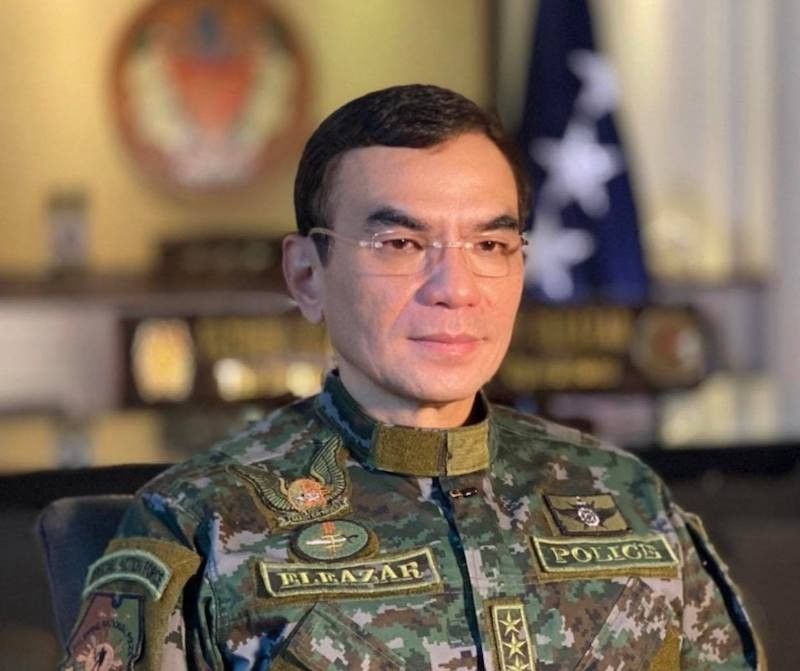 POLICE Lieutenant General Guillermo Eleazar has been appointed as the new chief of the Philippine National Police (PNP), Department of the Interior and Local Government Secretary Eduardo Año confirmed Wednesday, May 5, 2021.

Eleazar is currently the PNP’s deputy chief for administration, the second highest ranking officer in the police organization.

He will succeed General Debold Sinas, who will retire on May 8.

“President (Rodrigo) Duterte has just approved the appointment of PLt. Gen. Guillermo Eleazer as the next chief of Philippine National Police with the rank of Police General vice PGen. Debold Sinas who retires on May 8, 2021,” Año said in a message to reporters.

“I welcome the appointment of PLt. Gen. Eleazer who is very qualified for the job. I expect PLt. Gen. Eleazar to lead the PNP organization to greater heights amidst the pandemic during these challenging times,” he added.

Año said Eleazar was chosen based on seniority, merit, service reputation and competence to lead the police force.

Eleazar served as the Criminal Investigation and Detection Unit head in Central Luzon and Central Visayas, and chief of the Anti-Cyber Crime Group.

He was also sent to Cambodia, where he served as a liaison officer to the Philippine Embassy. He had also held logistics and comptrollership positions in the organization.

Eleazar once led the Quezon City Police District and was later assigned as the chief of the National Capital Region Police Office. (SunStar Philippines)