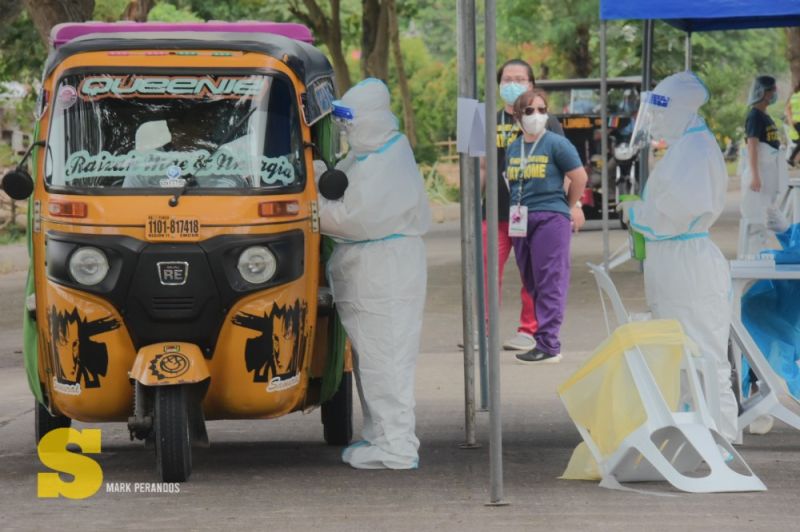 THE Davao City Health Office (CHO) is considering extending the free swab testing to all drivers of public transportation and delivery services after only an estimated 2,300 out of the targeted 21,000 drivers were tested as of May 3.

"Probably, we will extend before the deadline on May 8. We'll propose to the [Davao City] Covid-19 Task Force to extend the activity aron matagaan og oportunidad tong uban nga wala pa nagpa-test (to give opportunity to those who have not yet been tested)," CHO Acting Head Dr. Ashley Lopez said in an interview on 87.5 FM Davao City Disaster Radio on Wednesday, May 5.

Lopez said they targeted the public ground transport and delivery or courier services, as they are deemed high risk of exposure to Covid-19 and identified as potential sources of transmission.

Based on the data provided by the City Transport and Traffic Management Office (CTTMO), the targeted number of drivers is at 21,382.

Excluded in the data are motorcycle drivers of food and online item delivery services, but are still encouraged to avail of the free swabbing.

Lopez said they are targeting an estimated 500 tests per day due to the limited test kits available.

Despite not yet achieving the targeted total number of tests, he said they have exceeded their average daily testing, with one day reaching more than 600 tests.

"That's less than a one-percent positivity rate," he said, adding that this is not yet alarming as of now.

Compared to its community surveillance swabbing in different sectors, Lopez said they had recorded more positive specimens on vendors and those in establishments.

Aside from extending the targeted swab test for drivers, Lopez said they are also planning to expand its drive thru sites to cater more drivers.