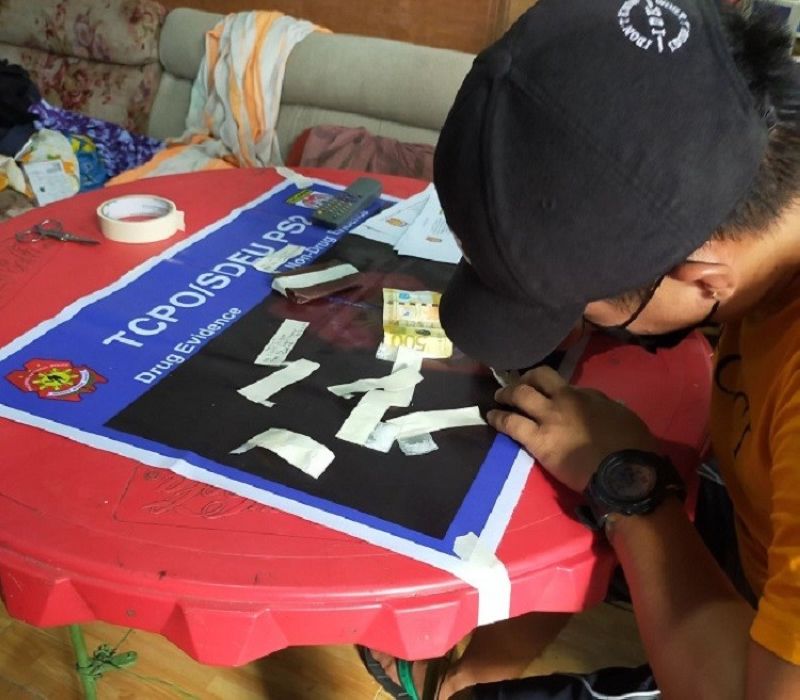 POLICE arrested a 35-year-old laborer for allegedly sniffing rugby while five other suspected drug personalities were busted in separate anti-drug operations in Eastern Visayas towns from May 4 to 5, 2021.

Around 6:40 p.m. Wednesday, police and anti-narcotic agents arrested Jonelle Perez, 26, a resident of Burauen, Leyte and listed as rank 7 high-value drug personality of the province.

During the said operation, a poseur-buyer was able to purchase from the suspect a sachet believed to be containing shabu.

Authorities also seized from his possession and control five other sachets of suspected shabu with an estimated total weight of 0.05 gram and worth P3,400, along with the buy-bust money.

In Dagami, Leyte, a “newly identified drug personality,” Nelson Pasagui, was arrested after he allegedly sold a sachet believed to be containing shabu to an undercover operative.

Recovered from his possession were buy-bust money and five sachets of suspected shabu with an estimated street value of P3,000 and estimated total weight of 0.14 gram.

A 38-year-old female suspect was also arrested by Tacloban Police Station 2 drug enforcement unit for alleged selling and possession of shabu around 3:42 p.m. Wednesday in Barangay 106 North Hill harbor subdivision of the city.

Purchased from Marina Quilobio was one sachet of suspected shabu while confiscated from her possession were eight sachets believed to be containing shabu and P500 marked money.

The recovered shabu has an estimated weight of 1.5 grams with an estimated total market value of P10,000, police said in the report.

A poseur buyer was able to purchase from the suspect a sachet of suspected shabu while recovered from his control were buy-bust money and three other sachets believed to be containing shabu with an estimated total weight of 0.08 gram and with a street value of P2,000, police said.

Operatives also recovered from his possession four other sachets of suspected shabu and buy-bust money.

Charges for violation of Republic Act 9165 or the Comprehensive Dangerous Drugs Act of 2002 were being readied against the suspects. (SunStar Philippines)