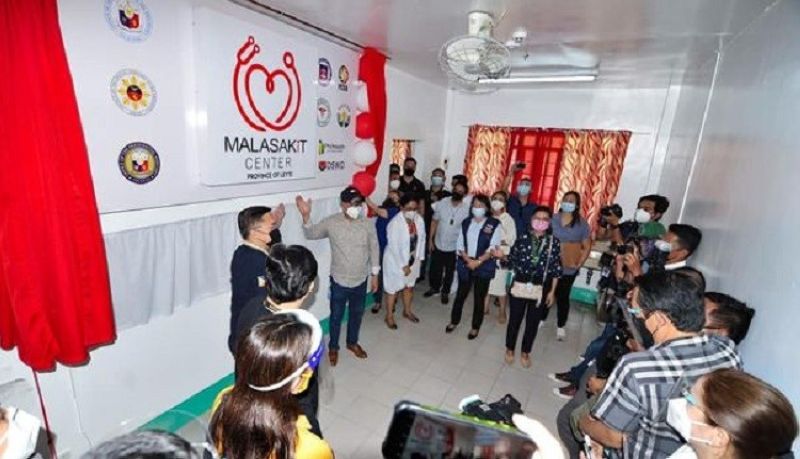 OFFICIALS in Leyte have lauded the opening of two Malasakit Centers at the Schistosomiasis Control and Research Hospital and Leyte Provincial Hospital in Palo town.

“This would be an enormous help for all patients in dire need,” said Leyte Vice Governor Carlo Loreto.

“Everybody can now seek assistance from the Department of Health, Philhealth, Department of Social Welfare and Development, Philippine Charity Sweepstakes Office, and other government agencies, at a one-stop Malasakit Center, right in the middle of the hospital. And whatever balance for payment is left will be covered by the downloaded amount from President Rody Duterte's social fund,” he added.

In a statement, Loreto joined with Leyte Governor Leopoldo Dominico Petilla and other mayors in thanking Senator Bong Go and the national government for the Malasakit Centers in the province, adding that “patients can now sleep well with the zero-balance billing.”

The senator earlier said the one-stop-shop “aims to reduce to the lowest amount possible the balance of the hospital bills of those who seek its assistance.”

The center also covers patient services and expenses, like surgeries, medicines, and operations.

The senator, who authored the Republic Act 11463 or the Malasakit Centers Act of 2019, said he wanted to improve the “access to quality and affordable healthcare” for the Filipinos

There are now 105 Malasakit Centers across the country, as of April 30, 2021. (SunStar Philippines)