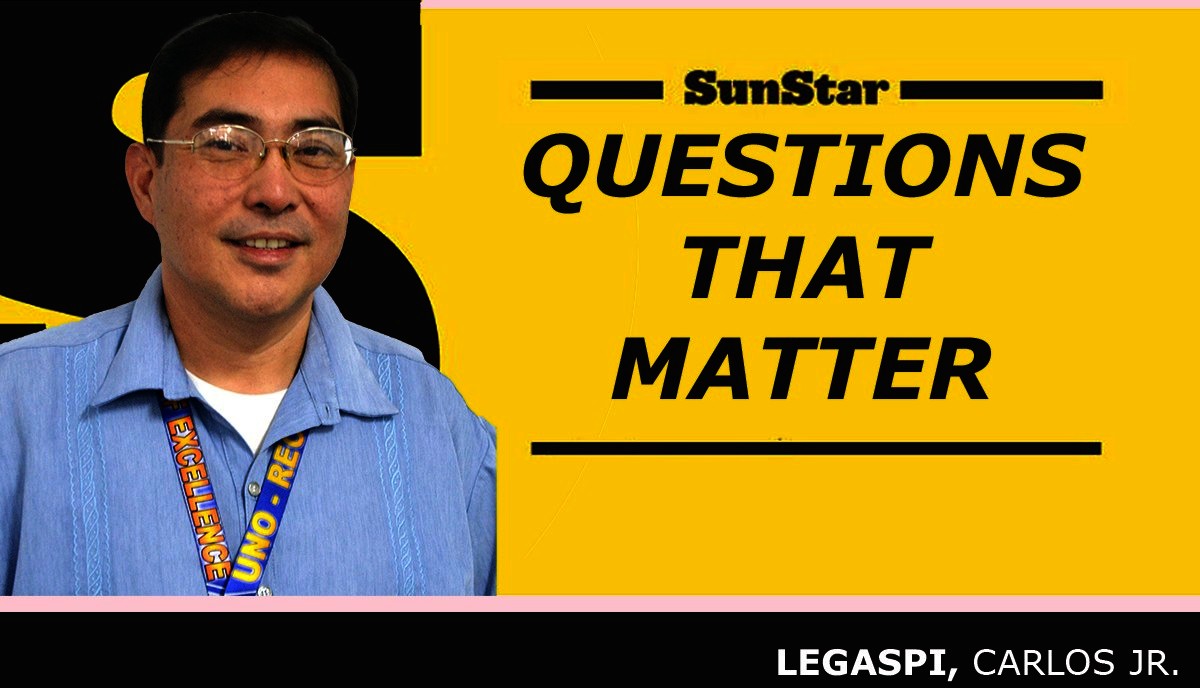 A MORE dangerous and contagious virus is around the city and the province today. While most officials are banging their heads looking for remedies that would counteract the ill effects of Covid-19, others are still looking for the best vaccine that is not only efficient but also effective in protecting the population. Still, there are others that have been contaminated by the new virus in town. A few months ago, I wrote an article about POLVID-21 and its variant POLVID-22. These two contaminate almost the whole population. No health protocols or quarantine could stop the spread of these viruses.

POLVID-21 or the Political viral disease spreads at the beginning of 2021 in the Philippines. The source was when President Duterte endorsed the candidacy of a senator for the presidential race. The announcement immediately infected a lot of politicians including those in Duterte's pen. The said virus was launched in Dumaguete. Many politicians thought that the button had already been pushed and thus started the massive invasion of the new virus.

This novel virus has the following symptoms: amnesia, disorientation, disloyalty, untruthfulness and making false promises. Although political experts and analysts are saying that this novel virus would die down around July of 2022, two months after it reaches its peak in the month of May.

The other variant POLVID-22 is predicted to have the following symptoms; principle- selling, false affiliations, and false relationships with God. The virus has its origin from the City of Smiles. This was observed a few weeks ago when many people were observed to become too interested in local elections. People started displaying camouflaging colors, others adopted the “chameleon” attitude while still there are others who really have strong immunity that no matter what, they are true to their call to service. Many were infected by the symptom of “principle -selling”, this is a symptom where one sells his principles to the highest bidder.

Another symptom that is brought about by amnesia is false affiliations. We see a lot of this today. We could no longer see a good opposition in local politics. It seems that the opposition has been dissipated and if there is, they are doing it not for principles’ sake but ambition’s sake. Now, one could feel that there are those who are playing as oppressed opposition or minority. The old political tactic of appeal to pity is used to touch the Filipino psyche. I agree that this act has been successful in winning elections in this country. So, once again we see politicians changing affiliations and declaring oppression in the system

Another worst symptom of POLVID-22 is the use of God, religion, the poor, and the church. We have to be very vigilant because many are using religion as a catapult for their selfish interests. It is now a tradition where politicians use the Holy Mass as the commencement of their political journey during the election season. It started too early this year, where one attended the mass asking God to guide him for his decision. However, let us not point at the Church for celebrating the mass for it was not just for him, it was a eucharistic celebration for everyone. His intention was only included among the many. Anyway, the worst is that many are using the issues of the poor. However, as long as there are politicians running the game, the poor will always be poor. So, let us be vigilant of people who talk about their relationship with God as though he is the only person who knows God.

So, let us continue to pray to God for protection against the real virus Covid -19 and the other viruses created to destroy our relationships with one another.

St. Joseph, pray for us.