P1M worth of drugs, firearms seized in operation inside Cebu City Jail 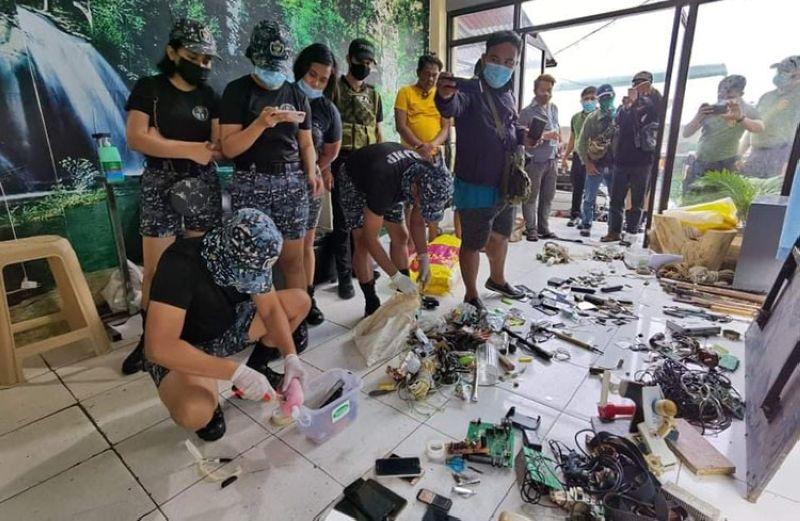 THE Philippine Drug Enforcement Agency (PDEA) 7 and the Bureau of Jail Management and Penology (BJMP) confiscated illegal drugs worth P1.08 million in a surprise greyhound operation of the cells inside the Cebu City Jail male dormitory early Thursday morning, May 6, 2021.

Apart from the illegal drugs, the police also seized contraband and firearms, including a .45 caliber pistol, its magazine assembly and live ammunition, cell phones, sharp weapons, and cigarettes, which are all forbidden inside the City Jail.

According to Jail Superintendent Jose Rusylvi Abueva, Cebu City Jail warden, they have observed the suspicious actions of the inmates or persons deprived of liberty (PDLs). This prompted the jail management to coordinate with PDEA for a joint operation.

The jail management also received information that contraband had gotten inside the facility.

Abueva believed that these were thrown into the facility from the outside despite the presence of a net placed above the walls. Another possibility is that these have been hidden inside the food delivered to the PDLs.

He admitted that the jail staff is spread too thin, saying that the inmates are also observing the staff to know when and how to smuggle in illegal drugs. (AYB)