Gryann Mendoza grateful to Ping Exciminiano for helping him bounce back 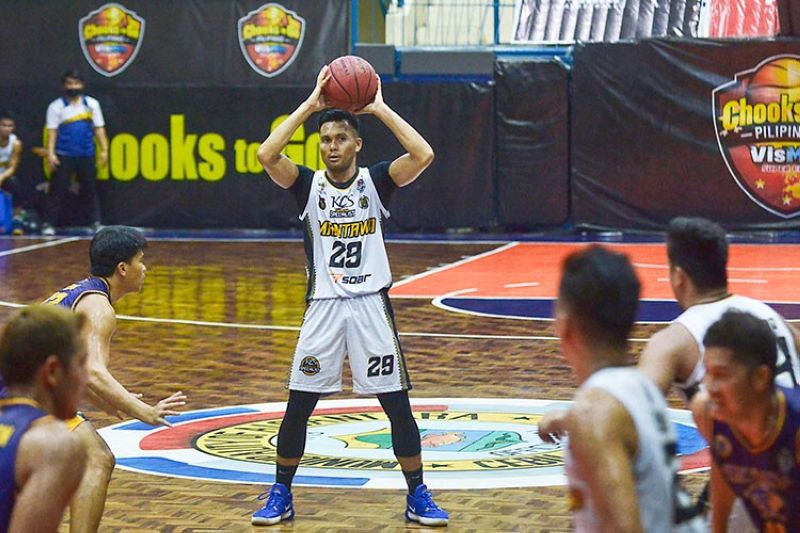 Former PBA player Gryann Mendoza expressed his gratitude to longtime teammate Ping Exciminiano for helping him recover after an awful performance in the opening game of their semis match-up vs. ARQ. (Chooks-to-Go)

KCS Computer Specialist-Mandaue guard Gryann Mendoza bounced back in a huge way from his horrendous performance in the opening game of their semis match-up against the ARQ Builders Lapu-Lapu Heroes in the Chooks-to-Go Pilipinas VisMin Cup and he has longtime teammate Ping Exciminiano to thank for the quick turnaround.

The Davaoeño struggled in their first meeting in the semis, managing just five points on 2-of-9 shooting from the field. However, he quickly recovered in their do-or-die encounter on Thursday night as he compiled 25 points, highlighted by six makes from beyond the arc, along with eight rebounds, an assist, a steal and two blocks.

More importantly, the 6-foot-1 wingman delivered the goods when KCS needed it the most. First, he sank a pull-up jumper to stop the bleeding when ARQ trimmed a 15-point point lead down to just two, 64-62. Moments later, he dished a sweet dime to Michole Sorela that helped them secure the victory and the seat in the finals opposite the undefeated MJAS Zenith Talisay City Aquastars.

Afterwards, Mendoza gave credit to Exciminiano for helping him regain his focus after his awful game.

“Having Ping on our team is great. He’s someone I turn to whenever I have a bad game. Having him on our side is a huge thing,” said Mendoza after the game.

Mendoza also shared that he asked his head coach, Mike Reyes, to put Exciminiano back in when the game hung in the balance.

“In the later part of the game, I asked coach to put Ping back in. Coach also knew that we needed Ping for the last push. His presence really means a lot to us especially since he works so hard,” added Mendoza.

The two players share a deep bond that dates back to their time at Far Eastern University where they were teammates for two years. After that, they also trained together at TNT, where they were part of the team’s practice team.

Now, Mendoza seeks to keep the momentum going when KCS has the unenviable task of facing off against the unbeaten Aquastars in the best-of-three finals, which starts with Game 1 on Friday at 7 p.m.

“This is a great opportunity,” said Mendoza. “This is huge for our careers!” (JNP)