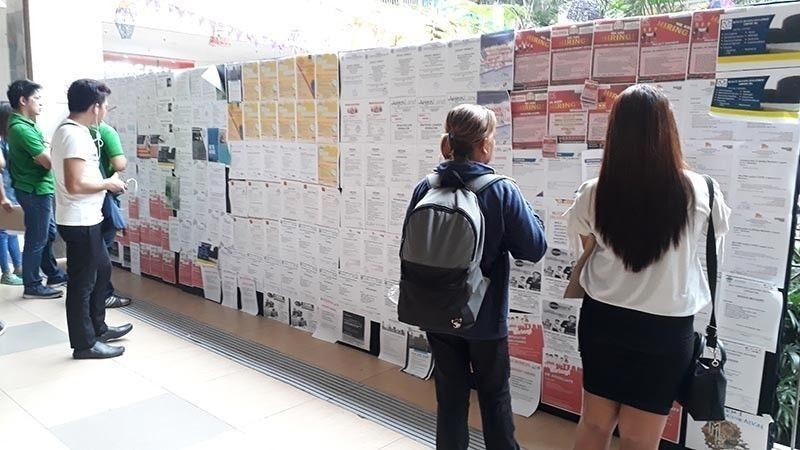 THE country’s unemployment rate fell to 7.1 percent in March 2021, the lowest reported rate since the Covid-19 pandemic surge in April 2020.

Some 3.44 million Filipinos remain jobless, according to the latest report of the Philippine Statistics Authority Thursday, May 6, 2021. This is a reduction of about 747,000 unemployed Filipinos from February 2021.

“The labor market continued to see gains in March 2021 following the further reopening of the economy, while adhering to the minimum health standards,” said the joint statement of the government’s economic team.

The underemployment rate also decreased from 18.2 percent in February 2021 to 16.2 percent in March 2021, reflecting the improvement in the quality of jobs. In addition, more people rejoined the labor force, with the labor force participation rate improving from 63.5 percent to 65 percent.

With the recovery of the economy after the enhanced community quarantine (ECQ) was relaxed in mid-2020, 11.5 million jobs have been generated as of March 2021, more than offsetting the 8.7 million jobs that were lost in the period March to May 2020. This translates to a net job creation of 2.8 million jobs.

By industry group, the services sector remained the dominant employment hub, accounting for 56 percent of the total employed persons in March 2021.

This was followed by the agriculture sector, which accounted for nearly one-fourth (24.6 percent), while the industry sector had a share of nearly one-fifth (19.4 percent) of the total employed persons in March 2021.

Meanwhile, the economic managers warned of a reversal of the employment gains in the next survey following the second spike in Covid-19 infections in the latter half of March.

“Given the imposition of ECQ and MECQ (modified ECQ) in the NCR-plus bubble from March 29 to May 15, 2021, we expect to see a temporary reversal of these employment gains in the next LFS (Labor Force Survey)round. However, the impact is expected to be less severe compared to April 2020 given our more risk-managed approach to the present quarantines. Unlike last year’s ECQ and MECQ where around three-fourths of the economy was shut down, most sectors of the economy, including public transport, this time around are allowed to operate subject to guidelines from the Inter-Agency Task Force for the Management of Emerging Infectious Diseases,” the team said. (KOC)