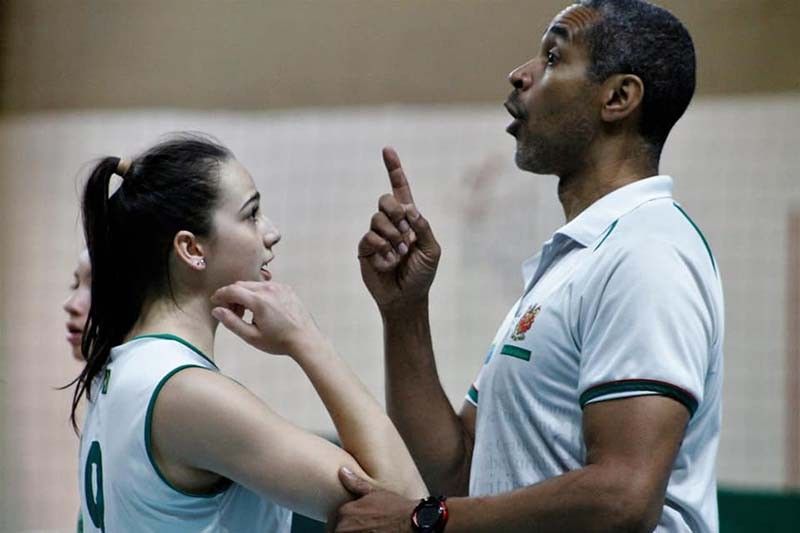 BRAZILIAN coach Jorge Edson Souza de Brito is looking forward to bringing his no-nonsense approach to the women’s national volleyball team when he finally takes over this July.

The 54-year-old Souza de Brito describes his coaching style as a cross between being “a father and a monster.”

“I could be the fatherly type, but I want to push myself and the team, work hard to achieve goals,” shared Souza de Brito who was assigned this week by the International Volleyball Federation (FIVB) to assist the national women’s team program.

With his Philippine assignment nearing the horizon, Souza de Brito is already hard at work, preparing for the job at hand.

He has already been watching videos of the Philippine campaign in the 2019 Southeast Asian Games and recently, on the national team tryouts in Subic that were uploaded to social media last week.

“I’m very happy to have this chance to come to the Philippines. It’s an honor,” he said. “I love volleyball and I love the passion Filipinos have for volleyball. They love the sport so much—and there are a lot of fans.”

Souza de Brito has two Olympic titles to his name—one as a player in Barcelona 1992 and another as an assistant coach of the Brazilian women’s team in Beijing 2008.

Winning an Olympic gold medal, he stressed, is incomparable in the life of any athlete. “It was amazing. I can feel my body shaking. It’s a very special moment for all athletes,” he said. “It was the best emotion in my life.”

Souza de Brito says he wants to repeat that feat, this time for the Philippines in the Southeast Asian (SEA) Games.

“I want to repeat that feeling again—in the Philippines, in the SEA Games,” he said.

The FIVB pegged his first day of his two-year contract on July 1, according to Philippine National Volleyball Federation (PNVF) president Ramon “Tats” Suzara.

“Coach Jorge has to have time to transition from his family and from his job as coach of Brazilian club Clube Duque de Caxias, which he has been mentoring since February last year,” Suzara said.

Their goal? Get the team ready for the Asian Women’s Championship the PNVF is expected to host in August and more importantly, the 31st SEA Games in Hanoi in November.

For his Philippine assignment, Souza de Brito has already cast his goal in stone.

“We build a new one, a new order,” he said, adding he would be adjusting his plans to suit Philippine, Southeast Asian and Asian volleyball.

“Each country or continent has its own way of playing volleyball, and it’s impossible to change everything,” he said. “But I’m looking forward to making the team stronger and making the athletes understand the sport better. We all have to work altogether so we can see what kind of volleyball we can produce.” (JNP)