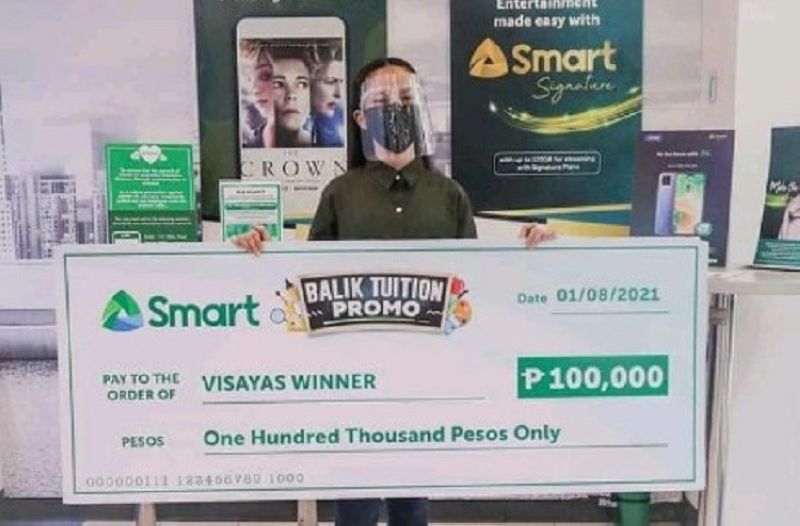 “I WAS thinking about my future.”

Malaga lives in Lapu-Lapu City, Cebu but grew up and finished her primary and secondary education in Talisay City, Negros Occidental, where she also continued her way to college with her grandparents. After the spike in Covid-19 cases, she decided to continue her online class in Cebu City.

“Since we are in an online class, I decided to go home and help my parents. Since they are both working, no one will take care of my other siblings,” she said in an interview.

At first, Malaga was in doubt if she could finish her studies. She used to think that she could not make it. She just wanted to help her parents since she has three other siblings and she was worried that her parents could not afford her school expenses if she goes to college.

“After our class, I took a break and scrolled on my Facebook, and there I saw the promo posted from our school official page. And since I’m using Giga Study 99, I tried my luck. I said to myself that there’s nothing to lose if I’ll try,” she reminisced.

“I really prayed to God that if He could let me win in the promo since my birthday is almost near. I will consider it as a birthday gift,” she continued.

She received a call on January 11, her birthday, saying that she won.

“The first thing that came into my mind was my future. I felt relieved that my future is now secured. I now have the chance to continue my studies. I will be able to buy things for my online class such as a laptop.”

Winning the grand prize was the best gift she has ever had.

Malaga also could not contain the happiness and the gratefulness she had now as this opportunity came in. It was a big help for her and her parents who are both working but still did not escape from the adverse effect of the pandemic on the economy. She was also glad that aside from winning the grand prize, she was also able to give 50 Smart Bro Pocket Wifi devices to her school, as included in the promo.

“Always remember that all the things that we are going through right now have reasons and all our sufferings will end. To my classmates who are also financially unstable, to those who can’t attend the online class because of internet connection, just hang in there. We can make it, in God’s grace,” she said.