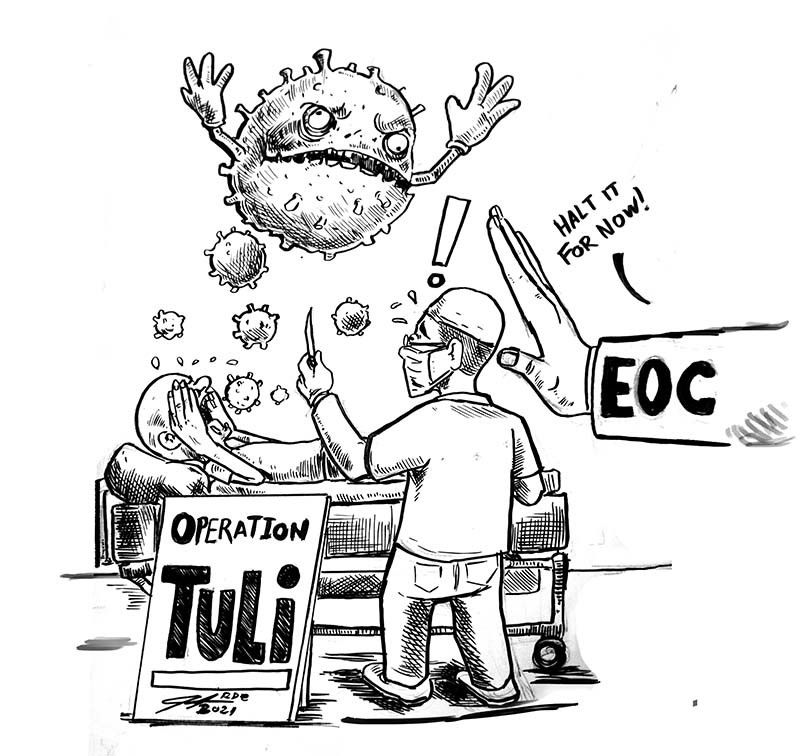 SUMMER is that time of year when, to quote a poem by the Cebuano poet Rene Estela Amper, the village hatchet Tasyo would “split the skin of our young lizards to make us a man many years ago.”

The cutting is especially performed during this time when the little boys are not in school, and would have ample time to take a sea swim for the wound’s healing. All the grimace while they held on to their oversized shirt to ensure it doesn’t rub on their swollen danglers.

Then there’s the swagger and the gloating over their lesser buddies who shy away from what seemed like a bloody ordeal. The boys have become a man, have passed the initiation as evidenced by that scowling bull down there.

It isn’t the rite itself that the boys look forward to at this time of the year; it’s its reward, for some a nod so one can sport long pants.

Unfortunately, the rite gets swept aside as “non-essential” in the time of health protocols during the pandemic.

The boys would be wailing their hearts out at the sight of a grinning skin and the screaming would send off potential virus droplets into a dangerous trajectory. Studies say a yell can hurl a virus droplet beyond six feet, exposing the hatchet Tasyo in grave danger of infection. Imagine the number of times the guy had to change his full personal protective equipment if, say, you have a long queue of lizards in a mass tuli.

“So here’s our answer, we are not (allowing them). Cebu City EOC is not allowing Operation Tuli. Bawal na because, for one, it’s not essential,” said Garganera.

The decision leaves us with a two-year backlog of uncut little lizards, except for the privileged ones who can go to private doctors for their exclusive cut.

Well, then, it looks like we have to tuck in reserve for now the final punch in Amper’s poem that says: “PS. Tasyo, the old goat/Sends your lizard his warmest congratulations.”