Survey: 6 out of 10 Dabawenyos want Sara Duterte to be next president 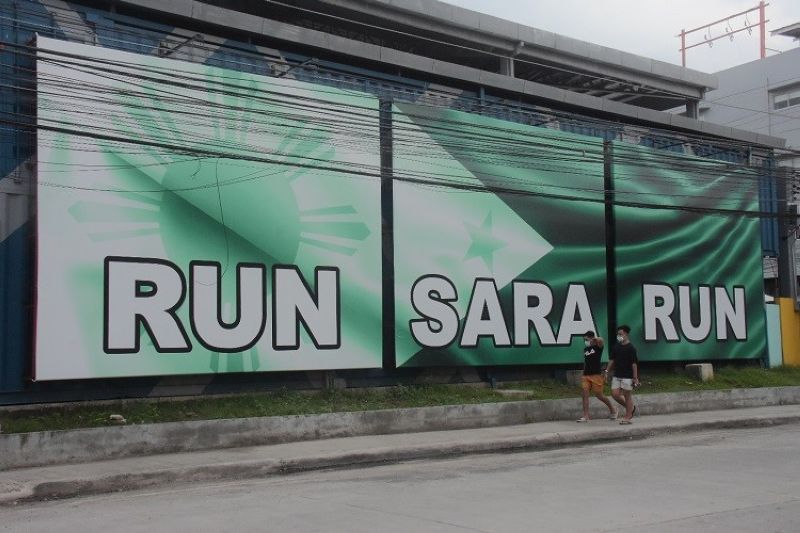 SIX out of 10 Dabawenyos want presidential daughter and current Davao City Mayor Sara Duterte-Carpio to be the next president of the country, a local survey showed.

The University of Mindanao Institute of Popular Opinion (UM-IPO) conducted an online survey from March 10 to 19, 2021, targeting Dabawenyos from the three districts of the city to know their preference for the upcoming 2022 presidential election.

The survey also showed that six of 10 respondents preferred Duterte-Carpio as they are confident that she will run for the highest position in the polls, while three out of 10 said they are not sure whether she will run for presidency.

Two of 10 Dabawenyos are still uncertain on who to vote for president in 2022.

Of those who are not convinced that the Davao City mayor will run, five of 10 suggested that she remain mayor of Davao City and seek re-election for her third term. Three of 10 also wanted her to run as vice president should she not seek to run for the highest position.

But almost 25 percent of respondents opined that they are still contemplating who to choose.

UM-IPO said in a press release that its survey was conducted just weeks after leading polls of the country released their pulse surveys on Filipino preferences for the two highest positions of the country.

"Since the survey was done online as physical contact was not allowed during the time of conduct of the survey, IPO relied heavily on online survey of Facebook users who are residents of Davao City, at least 18 years old, and are targeted for contact within the defined geographical radius," UM-IPO said.

A total of 1,200 respondents were contacted in random and systematically targeted.

Duterte-Carpio, in her previous interviews, had requested research organizations to delist her name in their survey as she is not running in the 2022 elections.

The mayor reiterated that she is currently focusing on addressing and responding to the city’s Covid-19 situation.

She also barred her supporters from organizing caravans in the city and had barred officials from joining campaign caravans outside the city through an executive order.

Despite distancing from the presidency, the mayor, who is currently under her third term, thanked her supporters.

The mayor, in a statement to the national media, said she is planning to run in 2034.

President Rodrigo Duterte, who is set to step down on June 30, 2022, had been discouraging his daughter from running for the highest post.