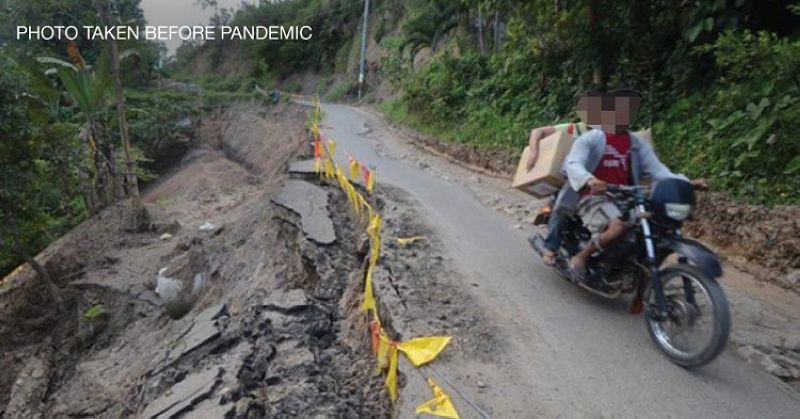 DAVAO City councilors are lobbying for an ordinance legalizing the operation of motorcycle taxis (habal-habal) in the city.

Councilor Danilo Dayanghirang said during a regular session on Tuesday, May 4, 2021, that the proposed ordinance was lobbied by Mayor Sara Duterte-Carpio to help marginalized motorcycle drivers in the city, especially in the time of the Covid-19 pandemic.

During the committee hearing, Dayanghirang said drivers shared their situation on how tight the competition was in getting passengers, resulting in misunderstandings.

“Now they want to put order in the field by submitting themselves to the regulatory body of the Local Franchising Board kasi minsan nag-aagawan ng pasahero ‘yung mga motorcycle drivers (there are times when motorcycle drivers fight over passengers), and based on the mayor’s information, she is concerned of the safety of the riding public and motorcycle drivers,” Dayanghirang said.

The councilor said the ordinance will also provide safety and health measures to ensure the safety of both riders.

According to the ordinance, habal-habal refers to a single motorcycle, which is being used to ferry passengers from one place to another for a fee.

Based on the proposed ordinance, no person shall operate and drive habal-habal within the city unless the following will be complied: current Land Transportation Office registration and official receipt of the habal-habal unit; current driver's license of the driver; and payment of annual license fee to the City Treasurer's Office of P500, exclusive of other regulatory fees and charges, provided that an operator/driver who registers in the first six months following the implementation of the ordinance will not be collected with a license fee for the year.

Another requirement is the driver must have covered insurance for both driver and passengers. These include compulsory third-party liability (CTPL) insurance, passenger's common carrier insurance, and other insurance that may be prescribed by the implementing agency as necessary under the circumstances.

Both riders and passengers must have protective motor helmets, as prescribed by Section 3 of Republic Act 10054 or an act mandating all motorcycle riders to wear standard protective motorcycle helmets while driving and providing penalties thereof.

The proposed ordinance also requires a color-coded helmet depending on the route that will be determined by the City Transport and Traffic Management Office (CTTMO).

Persons below nine years old will not be allowed to ride as a passenger in habal-habal. For nine to 15 years old passengers, they must be accompanied by a parent or guardian.

Habal-habals are not allowed to operate in areas where there are other available and adequate modes of transportation.

Dayanghirang said they will only be allowed in certain routes that may be established by the City Mayor's Office in coordination with the deputized traffic police.

"They shall not ply roads which are not part of their established routes except for emergency reasons, during its refuel, change oil, shop examinations and other similar cause," he said.

Habal-habal will only be allowed two passengers at a time.

Penalties of the ordinance will be in accordance with Section 28 of Ordinance No. 04-10-10 or the "Tricycle for Hire Code of Davao City."

Any person who operates or drives habal-habal without prior registration will be fined P500 per offense.

Persons who operate or drive without prior registration will be fined P300 for first offense, and an additional P100 per subsequent offenses for: allowing below nine-year-old passengers or nine to 15 years old but with no accompanied parent or guardian as passengers; hailing passengers outside their established routes; or hailing more than two passengers.

Dayanghirang, however, is considering allowing more than two passengers, especially in far-flung areas.

"We cannot impose everything. On the other hand, on the economic side also, there are a lot of passengers and sometimes they squeeze in themselves just to reach their barangays. Sometimes 'yung iba makatulog na lang sa kalsada (some people would sleep on the roads) because there's no motorcycle,” he said.

Land Transportation Franchising and Regulatory Board Representative Virgilio Jebone, who was present during the session, said the proposal is feasible for far-flung areas with no available means of transportation.

The ordinance was approved on second reading and expected to be finalized in the next regular session.