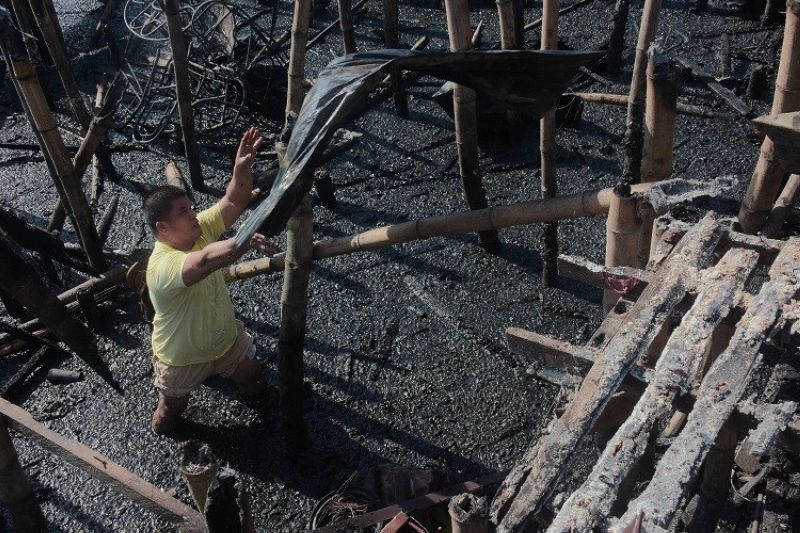 RESIDENTS of Purok 13, Barangay Tibungco, Davao City, where a fire took place past 10 p.m. on Wednesday, May 5, 2021, claimed that an "agta" living at an old acacia tree blocked the fire.

An agta (kapre in Tagalog) or a mythical tree demon is characterized as a filthy, dark, giant, and hairy humanoid.

The residents added that the agta was the reason the fire did not cross over to the next purok since the old acacia tree was located between the two puroks.

(It added to our chaos because as we were running, we really saw the huge agta stretching its arms, making the wind blow in a different direction. That is why the fire was not able to cross over to the next purok.)

He added that the acacia tree was already so old that it became the dwelling of mythical creatures like the agta. He also recalled that it was 10 years ago that fire also hit the area.

A total of 190 houses were gutted during the fire and an 84-year-old woman died after she was trapped as the fire immediately engulfed neighboring houses that were made of light materials.

A coffin with a dead body was also carried to safety during the fire.

According to the Bureau of Fire Protection (BFP) Panacan Fire Station initial report, an unattended lighted candle was the source of the fire.

The BFP did not reveal the damages caused by the fire.

The City Social Welfare and Development Office is still validating the list of affected families for the financial aid to be given by the local government unit of Davao City.