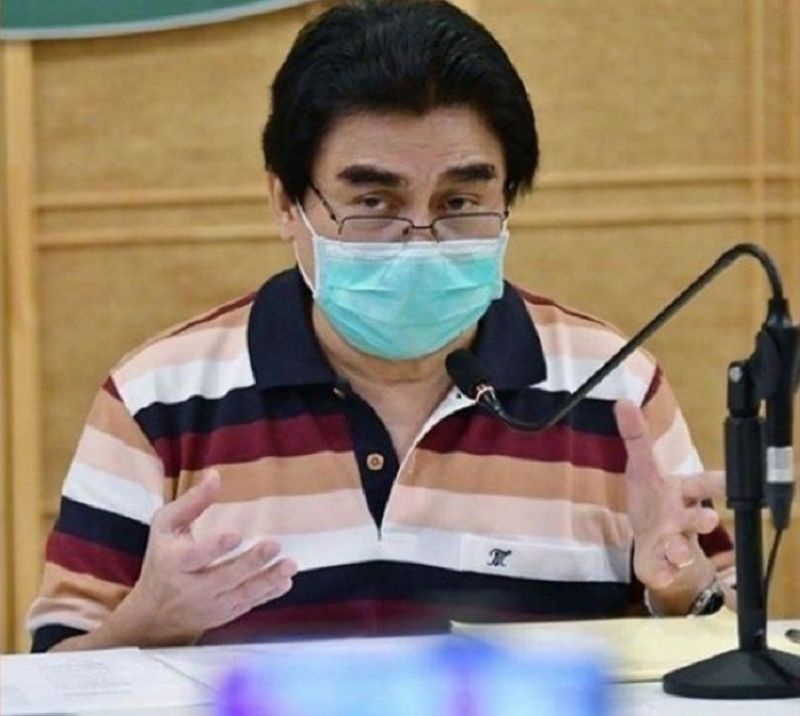 BACOLOD City Mayor Evelio Leonardia has requested the national government for an additional allocation of vaccines for Bacolod to inoculate more residents amid the continued spike in novel coronavirus cases in the city.

In his letter dated May 5, 2021 addressed to Secretary Carlito Galvez Jr., chief implementer of the National Task Force for Covid-19, Leonardia said: "We most respectfully request for an increase in our allocation of vaccines from the national government, as we are being hit hard by this new wave of Covid-19 infections."

"Ramping up our vaccination program will be critical to saving lives and restoring economic activity in our city," he said.

He added that the number of Covid-19 cases continued to rise in Bacolod City, resulting in increases in hospitalizations and deaths. The hospitals and intensive care units were nearing their full capacity and staff shortages were reported.

The Emergency Operations Center (EOC) had recorded an alarming increase of 422 percent in the number of confirmed Covid-19 cases in Bacolod, from only 271 cases in March to 1,415 in April.

Leonardia said the increase was recorded despite the fact that Bacolod has some of the strictest policies in place, like mask mandates, capacity limits, liquor ban, curfew, suspension of inbound travel, and alternative work arrangements, among other mitigating measures.

“We have been doing our very best to be ahead in terms of measures to limit the spread of Covid-19. We are also on pace to have more new cases as we continue to intensify contact tracing and expand targeted testing,” he said.

Leonardia added: “As city mayor, I prioritize the health and welfare of our citizens above all other considerations. We will spare no effort to ensure that Bacolodnons can get vaccinated quickly and effectively.”

The mayor noted that Bacolod was among the very first local government units in the country to secure 650,000 doses of AstraZeneca vaccines. These doses will not be delivered until the third quarter of the year.

“While we have already started to roll out our vaccination program, our allocation from the national government comes in trickles,” Leonardia said.

To date, Bacolod only received 19,160 vaccine doses from the national government. With this limited number of vaccines, it only inoculated 11,993 out of its 424,992 residents eligible for vaccination.

“As we are experiencing a sharp increase in new cases and the threat of even faster spread, we need to accelerate the pace of vaccinations to move through the priority groups more quickly,” Leonardia said.