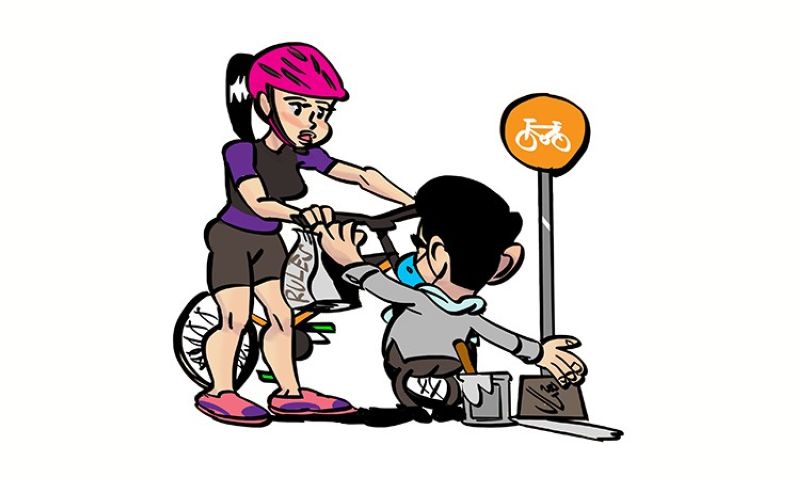 THE 140-kilometer Metro Cebu Bike Lane is around 90 percent complete and is expected to open to the public next month.

The project worth P150 million will traverse the cities of Cebu, Mandaue, Lapu-Lapu and Talisay.

On Thursday, May 6, 2021, Department of Transportation Secretary Arthur Tugade inspected the 2.3-kilometer section at the South Road Properties in Cebu City, which is being constructed by the Department of Public Works and Highways.

With a width of five meters, it is located on the right side of the Cebu South Coastal Road right next to a three-meter pedestrian walk.

Its construction should encourage more people to use bicycles to get from point A to B and promote an eco-friendly and more sustainable mode of transportation.

Strangely enough, bicycle use wouldn’t have gotten much attention without the coronavirus pandemic, which, at its onset, forced the government to impose strict lockdowns and suspend all forms of public transportation.

Residents who had to go out to make essential purchases but did not own a car or a motorcycle were forced to walk. That, or hop on a bike.

Back then, there was hardly any traffic as authorities made sure everyone stayed at home except for those with official business. Bike users had the road all to themselves. Well, almost.

But when the government gradually lifted restrictions and allowed public transportation to operate, traffic returned. Bicycles were no longer alone and were no match to their mechanized two-wheel or four-wheel counterparts. When run-ins happened, the outcome was disadvantageous to those using pedal power.

In November alone, two cyclists were killed in separate incidents involving a public utility bus in Mandaue City and Liloan.

To prevent more fatalities and to ensure the safety of all road users, local government units (LGUs) in the metro decided to paint bike lanes on identified roads. Never mind that many of the roads aren’t big enough to accommodate the number of vehicles or that some people have been using the exclusive lane as their personal parking space.

In some areas, LGUs were forced to erect barriers and apprehend violators.

No doubt, bicycle use has gained popularity in the last few months, with many taking up cycling as a hobby or as a form of exercise.

The government has taken steps to provide them with a modicum of safety while out on the road. Now it’s the cyclists’ responsibility to familiarize themselves with safety tips and to observe existing traffic laws.

So when they see a red traffic light, they stop. Like all the other contraptions with wheels that are on the road. They don’t run a red light because there is no incoming traffic.