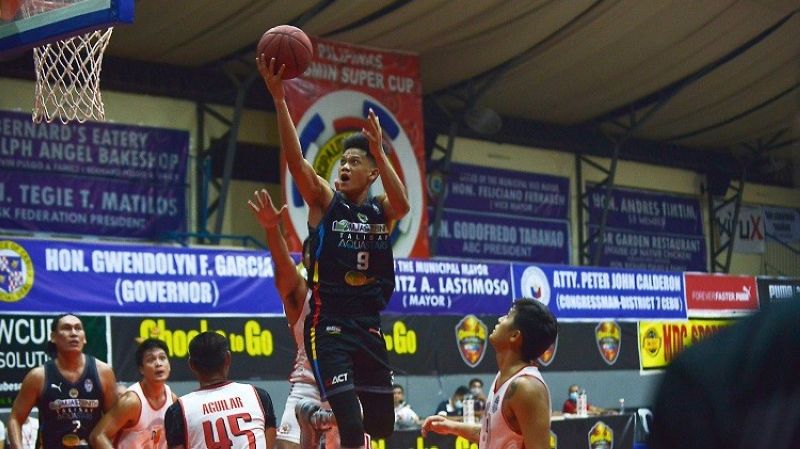 ALCANTARA. MJAS Zenith-Talisay’s Jaymar Gimpayan was named the Most Valuable Player of the Visayas leg of the Chooks-to-Go Pilipinas VisMin Super Cup. (Chooks-to-Go)

The high-leaping Gimpayan has been one of the pillars of Talisay’s campaign in the very first professional basketball league in the south. He nearly averaged a double-double with norms of 12.5 points and 8.9 rebounds, numbers that were key in Talisay’s 10-0 romp through the elimination round that earned them an outright spot in the finals.

Gimpayan was also named to the All-Visayas team where he was joined by teammates Paulo Hubalde and Jhaymo Eguilos. Bohol’s Joseph Marquez and KCS-Mandaue’s Gryann Mendoza rounded out the elite quintet.

Eguilos has been the man in the middle for Talisay with averages of 8.3 points and 7.3 rebounds while Hubalde is the team’s maestro, filling the stat-sheet with norms of 6.3 points, 5.1 rebounds and 7.1 assists.

Marquez was the league's leading scorer at 16.9 points per game. He is also the league's sixth-best rebounder at 8.0 boards per contest while also tallying 3.5 assists.