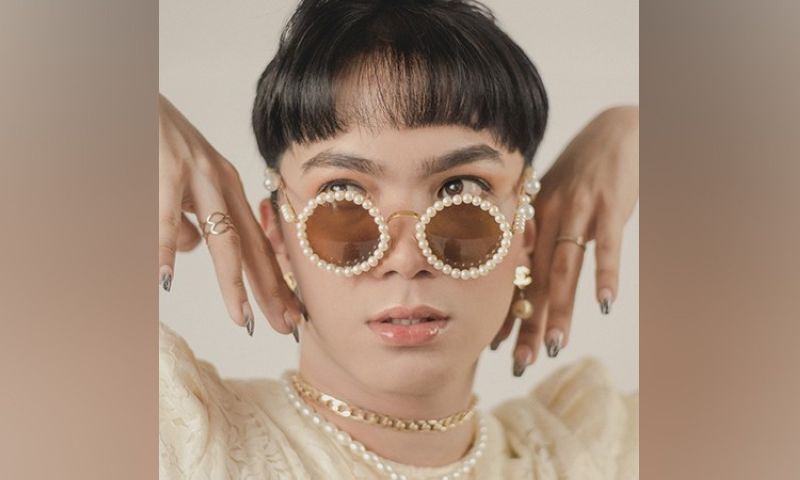 DAVAO is never short of talented musicians since then. Not even the Covid-19 pandemic could stop homegrown talents from being noticed in the national music scene.

Twenty-one-year-old Davao-based artist and songwriter Paul Pablo, Paul Ramirez in real life, is now making the rounds online for his infectious sound and music that tackles issues on love, identity and social tensions with a distinguished sound of pop that coalesces the influences of electro-pop, indie, disco, synth-pop, and R&B.

A self-confessed Lady GaGa fan, Paul admitted that he drew his musical inspiration to his "Mother Monster". Growing up to her songs, Paul shared how he GaGa empowers people like him, a member of the lesbian, gay, bisexual, and transgender (LGBT) community.

"Dili lang music ni Lady GaGa nakapa-influence sako, but her identity as an artist as well, the way she empowers the LGBT community. She does not only create music but also empower the LGBT and victims of bullying," he said.

As an LGBT advocate, Paul Pablo wants to lift the rainbow flag in the Philippine music scene through his songs.

He admitted that the media continues to portray a wrong representation of their community and that through his music, this would eradicate the stereotype against them and prove that they are "more than just for comedy."

Paul's love for music started when he was young and has been performing for different school activities and music competitions. It was only when he was at Grade 8 when he started writing his own songs. Soon, his friends discovered it and pushed him to join songwriting competitions.

Paul debuted as a songwriter in the Ateneo de Davao University (Addu),'s annual songwriting competition, Awitenista in 2019. He won under the Contemporary category.

That was when he realized he was destined to pursue his passion for music.

After winning the competition, Paul started working on his materials, and secretly recorded some of his songs.

He was supposed to debut his songs right after graduation, but because of the pandemic in 2020, classes temporarily got suspended. This gave him more time to work on with his song demos at home. While his focus was towards making music, Paul never disregarded finishing his studies. This year, he finished his Bachelor of Arts Major in Communication degree in April.

In July 2020, he debuted his single "Bai" in July last year, produced by Pao Lofranco, the man behind the hit single "Dvoeña." He also self-produced music videos for his debut. This had gained over 12,000 streams on both YouTube and Spotify. That time, he was still using his real name.

This had caught the attention of Warner Music Philippines, his current record label, who was scouting for new breed of artists in Visayas and Mindanao.

As a signed artist, he adopted the moniker Paul Pablo -- a wordplayed name which is an English-Filipino translation of his name.

Aside from it’s "catchy," Paul said that his name was inspired by the life of St. Pablo (St. Paul) who was a Christian persecutor but given a second chance when Jesus made an appearance in bright light and restored his sight days after.

"Na-inspire ko sa name ni San Pablo, gina-consider nako ning opportunity sa Warner (I was inspired by St. Paul because this opportunity by Warner) [is] a second chance to my passion, which is to do better in my craft," he said.

His debut single "Bangin", under his artist name, became a soundtrack for the online series "My Toxic Lover."

The song, which he called a "hugot-tronic" sound, was written after experiencing failures in his love life that ended up in an epic fail. Instead of making it a heartache anthem, the song was an exploration for new chapters after a messy attempt.

"Ma-compare nako ang love sa bangin, that when matagak ka, it's either you end up nga magkasamad-samad, magkapiang, or worse, mamatay. Ana ako panan-aw, ang love murag bangin (I can compare love to pit, If you fall into it, you will be injured, sprained, or worse, die. In my point of view, love is like a pit)," Paul shared.

It took him a while before he was able to move on from his heartbreak.

"With 'Bangin', naa gyud people na kapila na sila masaktan sa love pero (With Bangin, there are people that despite hurting after loving someone) they still choose to do so despite risks of getting hurt again," he said.

Paul still cannot believe the success he is experiencing. But behind those happiness is a little sadness deep inside as his father passed away in May last year.

"Nasayangan ko kay wala naabtan na ni papa. Pagkawala niya, na-realize nako nga unsa pa ma'y dapat nako hulatan (It’s sad that my father was not able to see this. When he died, I asked myself, who am I waiting for?)," he said, admitting that he almost quit doing music due to his dad's untiming demise.

He was further motivated with the support he got from his friends and family, which further reconnected him to his passion for music, as what Bangin’s message also implies -- reconnection.

Bangin had reached the Viral 50 Singles Philippines of Spotify with nearly 100,000 plays. It has also received airplays on different radio stations.

He did not expect that the song would be well-received not only by fellow Dabawenyos, but from other parts of the country.

With his achievement, Paul also wanted to break the stereotypes that Davao’s music is only “budots.” Paul said that the pandemic did not hinder him to pursue his passion.

“Siguro kung wala nag-pandemic, wala ko ka-release og usa ka kanta. Di pud ko mapansin (Maybe without the pandemic, I will not be able to release my song and will not be noticed),” he said.

His advice for aspiring musicians and songwriters, “Don’t rush and don’t lose track of your direction on your passion. Enjoy every step towards making music. Don’t force yourself to write many songs in a short period of time. And don’t be afraid to show your authentic music.”

“There’s nothing wrong with listening to advice, but lessen those that you are going to follow, and stick to the things you wanted to happen. Sometimes, when we listen to too much advice, this might be the cause that you might lose your passion. Trust the process,” he said.