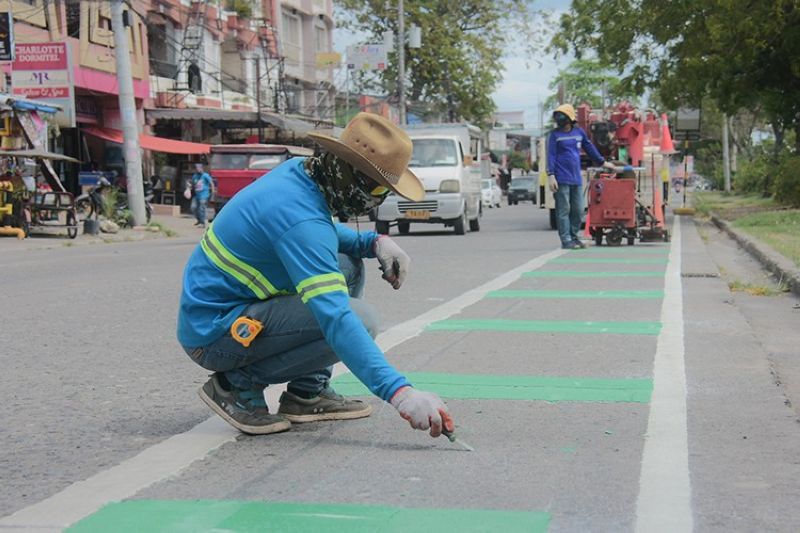 CTTMO chief Dionisio Abude said the City Government, through the 19th City Council, is currently harmonizing some provisions of the city Bicycle Ordinance and the Traffic Code of Davao.

As of now, Abude said car drivers who have illegally parked on bike lanes are charged with illegal parking and fined P500. In addition, they may be also facing charges in violation of disregarding traffic signs.

Abude added that the desired time for stopping or dropping in designated bike lanes is 4 minutes. Beyond that, if caught, the violator will be issued a citation ticket.

He also said that the CTTMO is prioritizing the establishment of the Bike Management Team to monitor the correct use of bike lanes in the city.

At present, the city has 27 roads with new and upgraded bike lanes.

The CCTMO is working on educating more Dabawenyos about the safety and the proper use of bike lanes.

“Ang pinakaimportante man gyud ani kay disiplina gyud sa mga nagabisikleta, nagagamit sa bike lanes ug motorists. Bisan asa ta nga lugar, atong ipatigbabaw gyud ang disiplina (What is important is we have to enforce discipline among bike riders and motorists. Wherever it may be, we have to exercise the value of discipline),” he said.

The creation of the bike lanes is in accordance with the order of the Department of the Interior and Local Government urging all local government units to establish bicycle lanes in all local roads to support those who will bike to their work destination due to the reduced capacity of public transportation under the general community quarantine.

Councilor Conrado Baluran, committee chairperson on transportation, said in a radio interview on May 6 that the council is currently harmonizing the two ordinances after having conflicts on the penalties and registration.

"Hopefully within this month, maasikaso nato siya and mahan-ay na nato (we will be able to work on harmonizing the ordinance), and we will have an amended ordinance on bicycle," Baluran said in an interview on 87.5 FM Davao City Disaster Radio. (With reports from CIO)