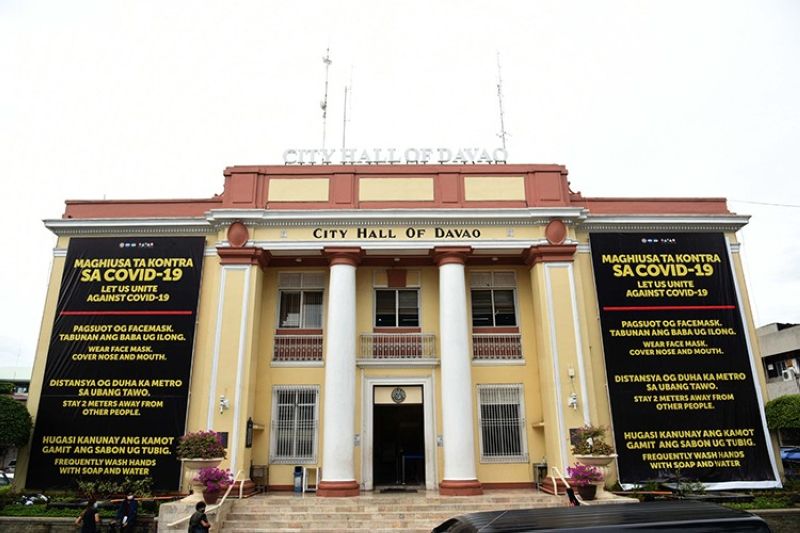 IN RESPONSE to the Commission on Audit’s (COA) report questioning the validity of the Davao City Government's assets worth P9.489 billion in 2020, Mayor Sara Duterte-Carpio said the Covid-19 community quarantine restrictions prevented the city from making a physical inventory on these assets.

In a statement provided to the media by the Davao City Information Office on Thursday night, May 6, Duterte-Carpio said the COA observations with corresponding recommendations were among the key issues deliberated upon during the COA Exit Conference held on February 23, 2021, at the City Hall of Davao.

During the said conference, the mayor said they "sufficiently expounded" on its earlier-submitted written comment and justification.

"The General Services Office undertook to submit compliance on or before February 28 of the current year but physical/actual counting was not possible," she said.

She added, "These matters arose because of the Covid-19 community quarantine restrictions and the strict constraints brought about by the Covi-19 regulations prohibiting gatherings and meetings as well as the implementation of other alternative work arrangements."

In a letter forwarded to the mayor, the state auditors gave a "qualified opinion" on the City Government's financial statements.

While the City Government's financial reports were "fairly presented," COA noted its failure to provide adequate disclosures on its property, plan, and equipment accounts.

COA said the local government also failed to submit a report on the Physical Count of Property, Plant and Equipment (RPCPPE) resulting from the Covid-19 community quarantine restrictions.

The state auditor added that the inventory accounts amounting to P97 million were also "doubtful and unreliable."

"There had been no actual count conducted nor an RPCI [Report on the Physical Count of Inventories] was submitted to validate such recorded balances, neither a reconciliation was made possible between the supply records and accounting records, again due to the constraints brought about by the Covid-19 pandemic," COA explained.

In addition, COA said Davao's procurement of goods amounting to P199 million, which are distributed for those severely affected by the pandemic, were not supported with the required documents which affects the legality of such transactions.

Also, the City Government failed to properly document or report the procurement of P469 million worth of grocery packs for 2020.

COA said this "hindered the timely and complete audit of the funds" which means it could not be determined whether the relief goods were "actually and properly distributed to the intended beneficiaries."

The state auditor also “doubted” the local government's compliance on procurement standards after it failed to follow the Guidelines for Emergency Procurement in the funds used for its Covid-19 related response.

"Covid-19-related procurements utilizing Bayanihan Grant for Cities and Municipalities (BGCM) funds totaling P24,086,954.50 did not fully adhere to the GPPB [Government Procurement Policy Board] Circular 01-2020 dated 06 April 2020 or the Guidelines for Emergency Procurement under RA 11469 or the Bayanihan to Heal as One Act particularly on the documentary and posting requirements, casting doubt on CGD’s compliance with procurement standards," read the COA report.

COA said the audit was conducted to "ascertain the fairness of presentation of the financial statements, ascertain the property financial transactions and compliance with prescribed rules and regulations, recommend agency improvement opportunities, and determine the extent of implementation of prior year's audit recommendation."

"We conducted the audit in accordance with International Standards of Supreme Audit Institutions and we believe that it provides a reasonable basis for our opinion," it said.