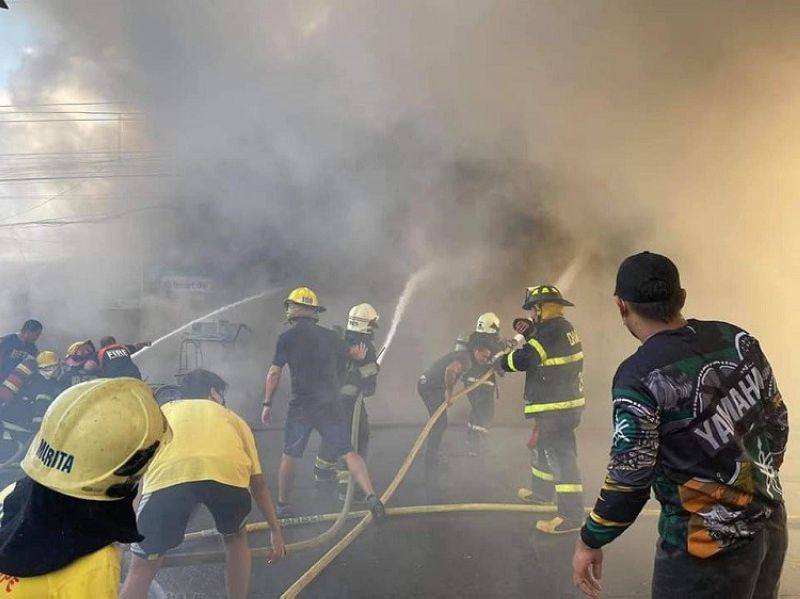 AT LEAST 10 houses were razed by fire in Purok Malipayon, Barangay 12, Bacolod City Friday morning, May 7, 2021.

He said Agravante had a renter with two children aged two and three years old, who were allegedly playing matches or a candle before the incident.

“We are still conducting further investigation to determine if it's either matches or candles where the fire started on the ground floor of the house made of concrete and light materials,” he added.

The fire immediately spread to other houses that were made of light materials.

Legaspi said they had difficulty penetrating the area because of the narrow passageways and they needed to pull and connect the water hose to reach the affected area.

Authorities have yet to determine the total number of destroyed and damaged houses, as well as the amount of damage properties.

The affected residents are temporarily staying in Barangay 12 Gymnasium.

Legaspi reminded parents to always watch their children and discourage them from playing with matches to avoid similar incidents.

He also reminded the public not to leave any lighted candle or lamp unattended and to always check the electrical connection before leaving the house, or immediately unplug an appliance if it smokes or has an unusual smell and have it repaired.

Meanwhile, the City Government of Bacolod already distributed its assistance to affected families in Barangay 12.

Mayor Evelio Leonardia along with Vice Mayor El Cid Familiaran immediately responded to the area and checked the situation of the affected residents.

Leonardia also ordered the Disaster Risk Reduction and Management Office and Department of Social Services and Development to assist fire victims such as food packs, tents, hygiene kits, among others.

The affected families will also receive financial assistance from the city.