Covid-19 cases decline, but deaths stay above 100 a day 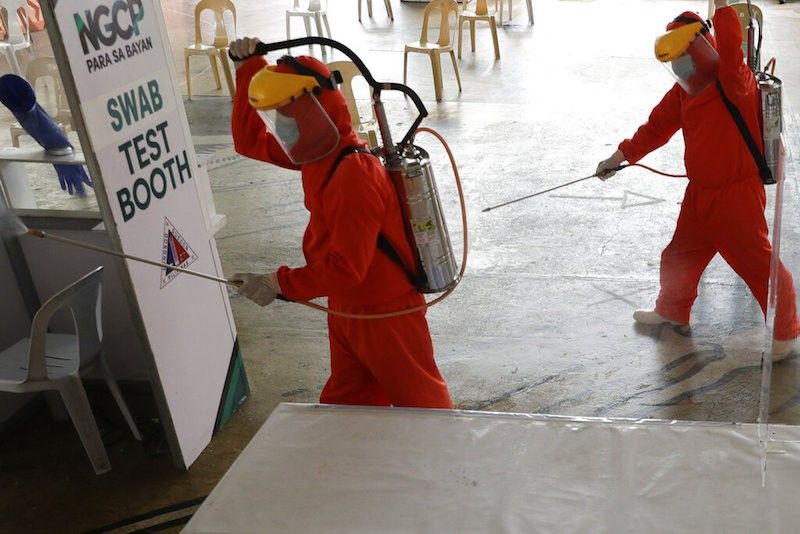 The Department of Health (DOH) case bulletin on Saturday showed 6,979 new infections, which brought the seven-day moving average down to 6,902 from around 8,200 in the period April 26 to May 2 and more than 10,000 in the first half of April.

The daily positivity rate also remained below 15 percent for the fifth day. Out of 50,122 samples tested on May 6, 14.3 percent yielded positive results.

There were, however, 170 additional mortalities, which raised the death toll from Covid-19 to 18,269. The case fatality rate increased again to 1.67 percent.

The DOH also reported 10,179 additional recoveries based on its time-based tagging methodology which declares as recovered those mild and asymptomatic cases without symptoms for at least 10 consecutive days.

These brought the total recoveries to 1,013,204, constituting 92.5 percent of the country’s cumulative cases.

As recoveries were higher than the new cases, the number of active cases decreased to 63,376, or 5.8 percent of the total cases.

The Philippines’ total caseload increased to 1,094,849 on Saturday and was expected to hit 1.1 million on Sunday, May 9.

In Central Visayas, active cases have dipped below the 4,000 mark after the DOH 7 logged 311 additional recoveries, seven additional deaths and 176 new cases in the region on Friday, May 7.

Bohol has the highest number of active cases with 1,002, followed by Negros Oriental with 590, Cebu Province with 574 and Siquijor with 15.

The number of Covid-19 cases in the region is significantly lower compared to start of this month in which it recorded 4,385 cases.

Also on Saturday, the Philippines took delivery of over two million doses of the AstraZeneca/Oxford vaccine donated through the Covax Facility.

The shipment, consisting of 2,030,400 doses, brought the total volume of AstraZeneca vaccine delivered to the Philippines to 2.556 million doses.

The National Task Force Against Covid-19 said the vaccine was transported via a Singapore Airlines flight from The Netherlands, which arrived at the Ninoy Aquino International Airport Terminal 3 at 12:49 p.m. Saturday.

The first delivery of AstraZeneca vaccines from Covax, totaling 525,600 doses, arrived in two batches about 10 weeks earlier on March 4 and March 7.

All 525,600 doses were administered as first dose before the DOH suspended its use for adults under 60 years old in early April amid reports of very rare blood clots with low platelet counts. The DOH announced the lifting of the suspension on May 7.

With the arrival of these additional vaccines, those inoculated with AstraZeneca are certain to get their second dose. The AstraZeneca vaccine, which was developed from chimpanzee adenoviral vector, is administered in two doses up to 12 weeks apart.

The Philippines is one of 92 low- and middle-income countries that have been selected to benefit from donated vaccines through the Covax Facility, a global initiative co-led by the Gavi, Vaccine Alliance to promote vaccine equity.

Under the first round of Covax allocations, the Philippines is programmed to receive 4.584 million doses of the AstraZeneca vaccine and 117,000 doses of the Pfizer-BioNTech vaccine. (WBS / SunStar Philippines)