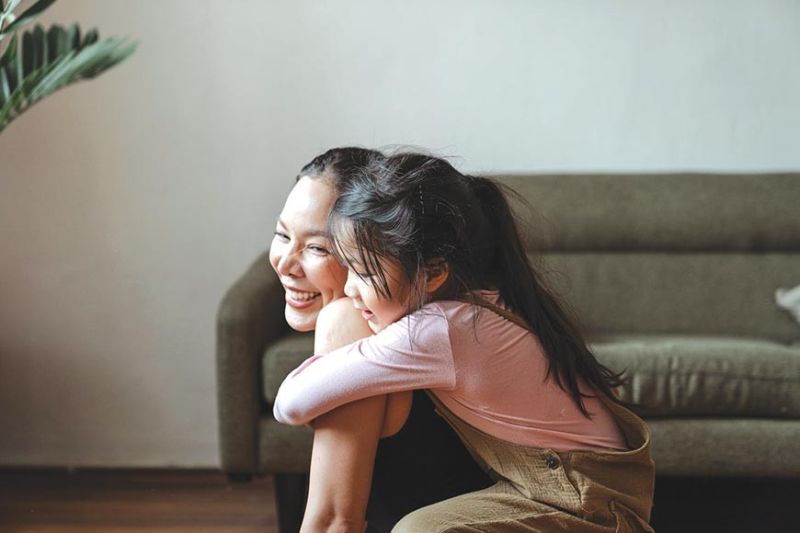 Michelle: This Mother’s Day, I want to share “A Daddy’s Letter to His Little Girl (About Her Future Husband),” a post I saw on Facebook several years ago. In the dad’s letter for his daughter, he wrote: “Recently, your mother and I were searching for an answer on Google. Halfway through entering the question, Google returned a list of the most popular searches in the world. Perched at the top of the list was, ‘How to keep him interested.’ It startled me. I scanned several of the countless articles about how to be sexy and sexual, when to bring him a beer versus a sandwich, and the ways to make him feel smart and superior. And I got angry. Little One, it is not, has never been, and never will be your job to ‘keep him interested.’ Little One, your only task is to know deeply in your soul—in that unshakeable place that isn’t rattled by rejection and loss and ego—that you are worthy of interest. If you can trust your worth in this way, you will be attractive in the most important sense of the word: You will attract a boy who is both capable of interest and who wants to spend his one life investing all of his interest in you.”

DJ: I agree. In a play I watched before that had beauty as its central theme, the takeaway was that beauty isn’t really about being pretty or looking good. It’s about being true. Of course, we’re sometimes initially attracted to eye candies. But what sustains a relationship through time is the person’s sincerity, genuineness and authenticity. We always prefer to be with the real ones over those who are non-biodegradable: Plastic. Beautiful people know their worth, and they’re not about to let anyone’s opinion of them drown their inner voice.

M: Mothers always want what is best for their children, but sometimes they can stifle their kids with a controlling love that makes children resentful, if not rebellious. That is why I think it is important for parents to teach their children to value their worth as a person. In the Bible, teach a child the way he should go and he will not stray from the path. No one is immune from making mistakes. Even parents with the best intentions can be wrong. Being a parent, especially a mother, is a challenging job. I honor all mothers today, especially my mother who has shown me unconditional love and support. Being a mother is a great blessing and a privilege, and I am so grateful to the Lord for allowing me to be a mother to three loving children.

DJ: During one earthquake in Japan many years ago, rescuers reached the ruins of what was then a home. They saw a woman’s body strangely positioned like she was on her knees, her body leaning forward with the collapsed house crushing her back and her head. The rescuers left the house after confirming that she was already cold and dead to search for the next collapsed building. But by some compelling force, they went back and searched the little space under her dead body. There they found a three-month-old baby boy wrapped in a flowery blanket. It’s obvious the woman sacrificed her life to save her son. And inside the blanket was a cell phone with a text message which said, “If you can survive, you must remember that I love you.” Nothing was mentioned in the story whether she had hair with the color of a raven’s wings cascading like a waterfall down her back, or whether she had plump lips like natural rose blushed brushed across her porcelain face. There was no mention at all whether she was pretty. But we know that till her last breath she stayed true to her worth as a person and as a mother. That’s why we know she’s beautiful.

M: As we celebrate Mother’s Day, allow me to quote a portion from Khalil Gibran’s “The Prophet”: “You are the bows from which your children as living arrows are sent forth. The archer sees the mark upon the path of the infinite, and He bends you with His might that His arrows may go swift and far. Let your bending in the archer’s hand be for gladness; for even as he loves the arrow that flies, so He loves also the bow that is stable.”

DJ: While there are seven billion people in the world today, we have only one mother the wide world over. Today is your day, Mic. And so to you, your Mom, my Mom, sister and all the mothers in the world, Happy Mother’s Day!