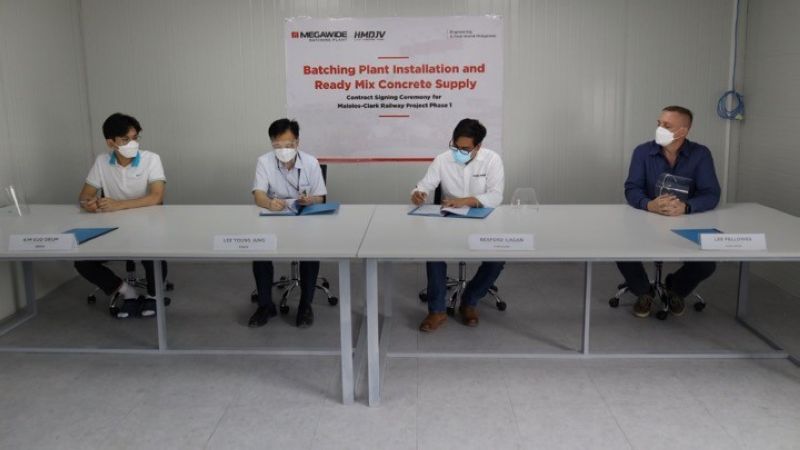 The P2.9-billion contract provides for the installation and operation of concrete batching plants and supply of ready-mix concrete to the project.

Relative to this, Megawide will build two mobile batching facilities with rated capacities of 120 and 80 cubic meters per hour and will be the first among plans to integrate an ice plant in the production line as a means of optimizing temperature to produce higher quality concrete.

Megawide previously announced that its business units are gearing up to support the construction of Package 1 of the PNR Clark Phase 2, a flagship project of the Department of Transportation (DOTr) under the government’s Build, Build, Build program.

Contract Package N01, which was awarded by the DOTr and Philippine National Railways in 2020, covers 17 kilometers of elevated viaducts, 7 balanced cantilever bridges, and 2 stations from Malolos and Calumpit in Bulacan, as well as Apalit up to Minalin in Pampanga.

This contract was signed between the DOTr and the Joint Venture of Megawide Construction Corporation, Hyundai Engineering & Construction, and Dong-ah Geological Engineering Company.

It forms part of the 148-kilometer North-South Commuter Railway Project, stretching from Laguna to Clark.

The other two segments are the PNR Clark Phase 1 from Tutuban to Malolos and PNR Calamba from Solis to Calamba. (PR)