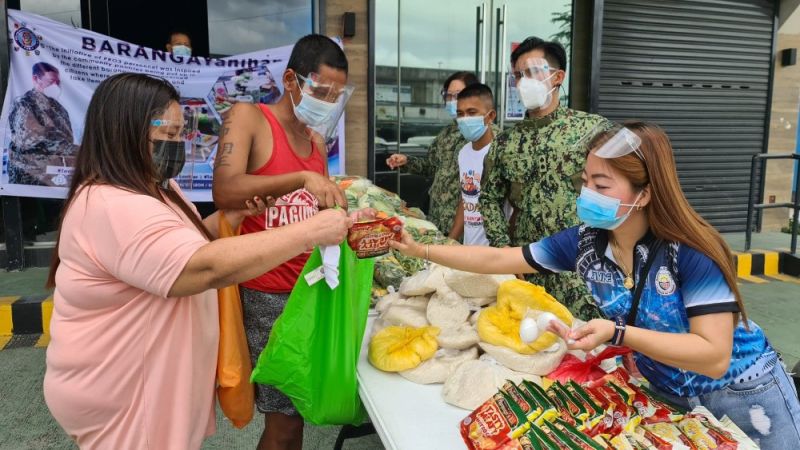 INSTEAD of the usual celebration of the fiesta of "Apung dela Paz," a councilor and the local police initiated a community pantry dubbed "Munting pANNEtry" and "BARANGAYanihan" Santo Tomas, Pampanga on Friday, May 7, 2021.

First Councilor Anne Garcia told SunStar Pampanga that the community pantry, which is on its third day, has already assisted 1,000 residents from Moras and Northville.

She said aside from her and the Sto. Tomas police, other donors were Pampanga's Best and iBCWA.

Garcia added that there will be another "Munting pANNEtry” on Monday, May 10, in Barangay San Matias, where she expects to help tricycle drivers and tri-wheeler peddlers.

Meanwhile, Santalipes said police and barangay tanods were able to enforce social distancing and proper safety protocols among the villagers who were assisted in the conduct of the community pantry.

He added that the "BarangayAnihan" was inspired by the efforts of the Regional Police Office and Pampanga Police Office. (Chris Navarro)