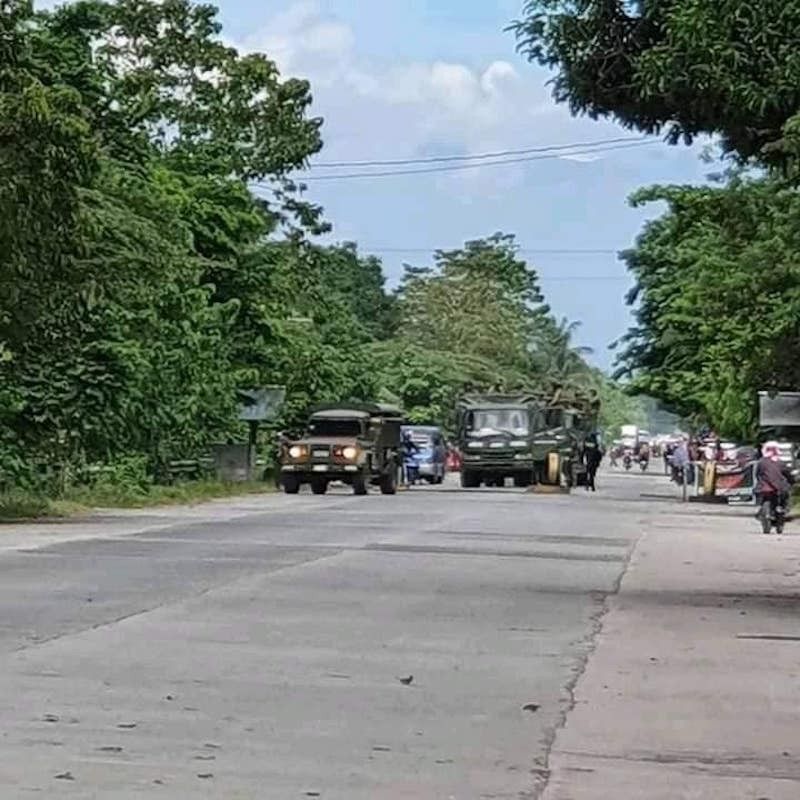 SOME 20 members of the Bangsamoro Islamic Freedom Fighters (BIFF) passed through Datu Paglas town in Maguindanao, fired shots in the air and left behind improvised explosive devices (IEDs) Saturday, May 8, 2021.

Reports that they took some hostages, and occupied the market and municipal hall are false, said Major General Juvymax Uy, commander of the Philippine Army 6th Infantry Division.

By 10:30 a.m. Saturday, security forces have cleared the national highway and reopened this to the public.

Uy said the extremists passed through the town before dawn Saturday, apparently looking for food.

A firefight ensued between the group and military, which lasted for 15 to 30 minutes.

He said a witness related that the extremists were carrying four wounded comrades as they withdrew.